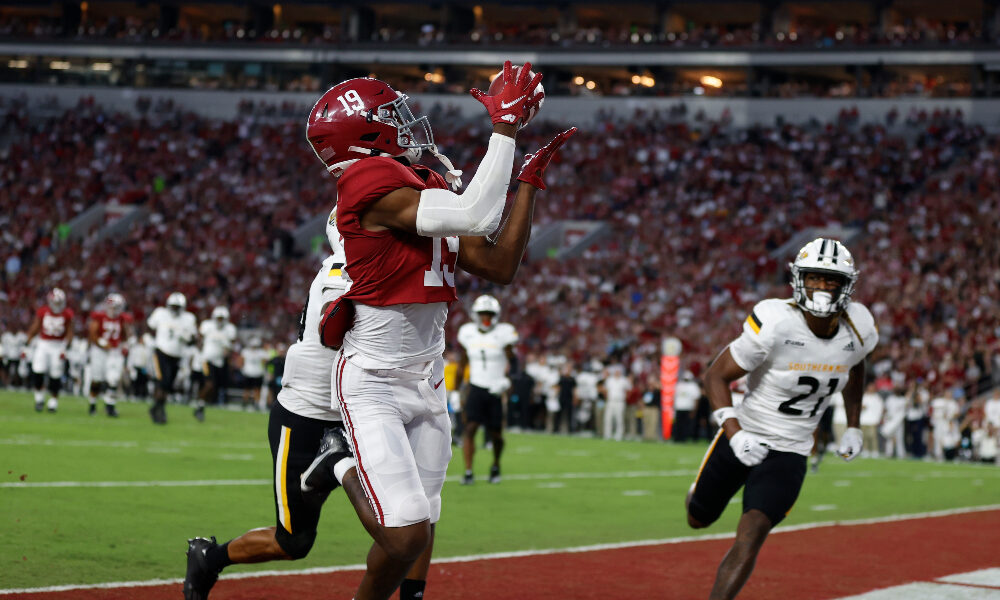 He had a good sophomore year in 2020, but Crimson Tide fans expected him to take off under offensive coordinator Bill O’Brien.

Off-field issues hindered his production earlier in the season, but he has been in step with the team as of late. Billingsley suffered some dropped passes; however, the junior has three touchdowns and averages 15.3 yards per reception.

The 6-foot-4, 230-pounder has become a good blocker. He’s grown into a team player, and Coach Nick Saban is about rewarding guys that put the team first. The play-calling has not favored Billingsley, but Alabama offensive staff needs to reaffirm him as a marquee weapon in the College Football Playoff. He has 16 catches for 244 yards, but he’s capable of much more.

Billingsley’s routes frustrate linebackers, and his size is a problem for defensive backs.

John Metchie’s knee injury should open an opportunity for O’Brien to utilize Billingsley’s skill set against Cincinnati in the Goodyear Cotton Bowl. He can play outside as a receiver or on the inline at tight end. Billingsley can be used in motion on screens or play the H-back role.

He has done everything needed to establish himself as a team player. The relationship between him and Coach Saban is strong.

Now, it is time for O’Brien to dive more into his New England Patriots play sheet and target Billingsley. He is a threat on offense, and the Tide needs to get everyone involved that can help it secure a CFP national title.

Billingsley can restore his NFL stock, but Alabama must re-establish him.