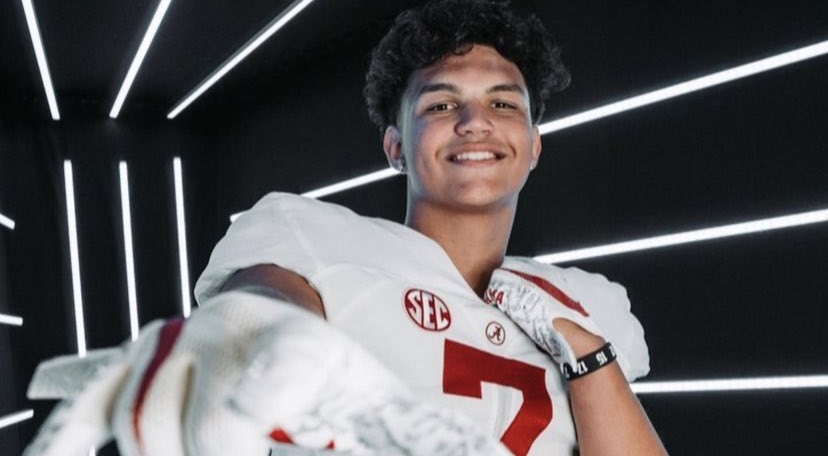 Elijah Brown signed a National Letter of Intent to play football at the University of Alabama Wednesday.

Brown is a four-star tight end out of Wayne High School in Huber Heights, Ohio. He committed to the Crimson Tide in February and was one of Alabama’s first commits in the 2022 recruiting class. The Ohio product said he chose the Tide because of their rich tradition.

“The tradition they have and the winning is very appealing,” Brown said. “They did a great job of recruiting me. After talking with Saban and my family, I knew Alabama was where I wanted to call home.”

Brown is listed at 6-foot-6 and 241 pounds. He is a prototypical tight end with his ability to block as an in-line tight end and create defensive mismatches with matching up against tight end.

Wayne High School’s head football coach Roosevelt Mukes said the Alabama signee is the type of player coaches love to have on their side.

“He allows us to create mismatches,” Mukes said. “He is a big target that has nice soft hands. We as coaches look forward to utilizing a player like him and his abilities.”