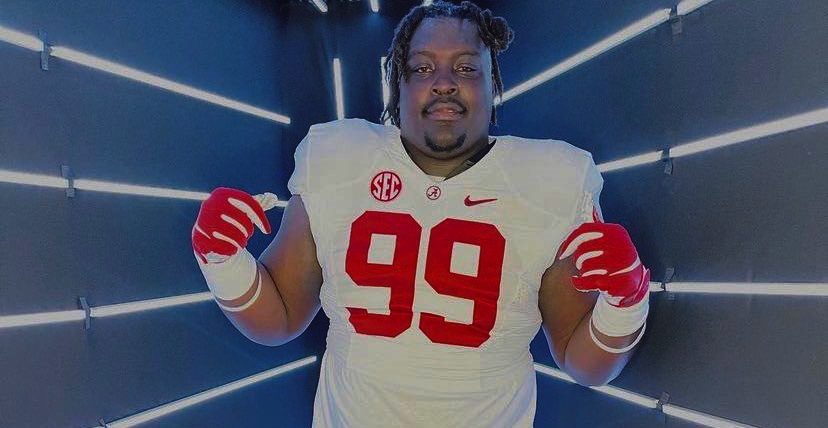 Jaheim Oatis made it official with Alabama football Wednesday and signed his National Letter of Intent.

Oatis is rated as a four-star recruit by Touchdown Alabama. He chose the Crimson Tide over Ole Miss, Mississippi State and others. He received an offer from Alabama football in the eight grade.

The Mississippi product told Touchdown Alabama he could not wait to get to Tuscaloosa in October.

“They always play like family,” Oatis said. “They pick each other up when they are down. They are a good team to play with, and I can not wait to join the family.”

Alabama had to fight off Ole Miss to keep Oatis locked in.

Oatis is listed at 6-foot-5 and 345 pounds. He moves extremely well for a guy his size and knows how to use his hands to evade blockers.