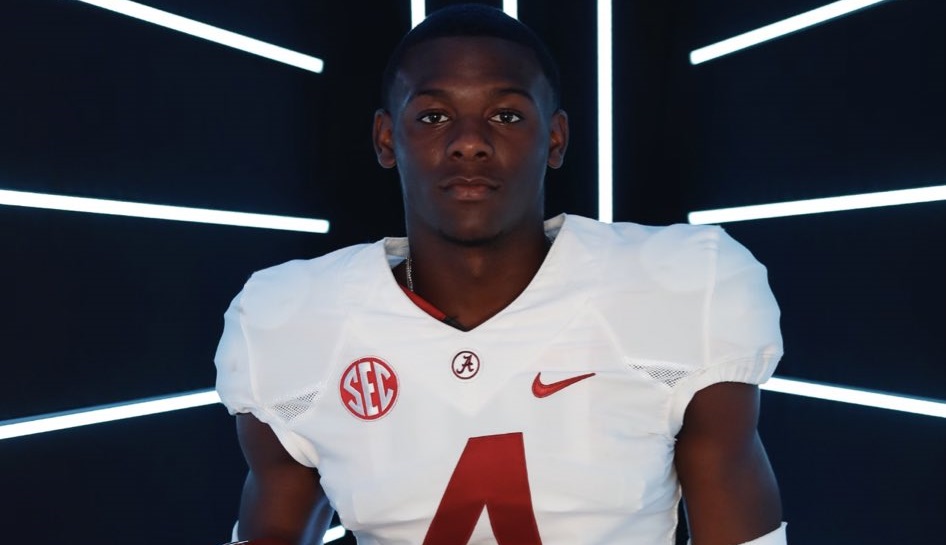 Some of the top recruits in the 2022 recruiting class will make their way to Orlando, Florida this week to participate in the Under Armour All-America Game.

Alabama football will be represented by nine of its 2022 signees. The first practice is scheduled for Wednesday night. Touchdown Alabama will be in attendance for multiple practices this week.

Here is a look at some of the things we will be paying attention to:

Alexander has displayed dominance as an edge rusher throughout his high school career at Thompson High School. He should shine this week with his strength and explosiveness coming off the edge. Many will be impressed with his college-ready frame at 6-foot-2 and 235 pounds.

Henderson has put up unreal numbers throughout his time at Geneva County High School. However, many want to see how he will fare against a higher level of competition since Geneva County plays in one of the lower classifications inside the state of Alabama. There are also questions surrounding what position Henderson will play at the next level. Nick Saban stated Henderson told him he will play any position during his National Signing Day press conference. At 6-foot-2 and 185 pounds, Henderson possesses a slim build. He should look really good and natural catching the ball out of the backfield this week. He should also be able to extend some runs with his elusiveness in the open field and his ability to finish runs.

Murphy showed why he is regarded as the top linebacker in the 2022 recruiting class this season. He was able to fly all over the field for Unity Reed en route to winning the High School Butkus Award. The five-star prospect is known for his hard-hitting ability. He should be able to land a few good ones in the game Sunday. Our eyes will be on how Murphy looks in pass coverage at inside linebacker throughout the week.

Booker is one of the most college-ready offensive linemen in the 2022 recruiting class. He has played against the highest level of competition throughout his high school career at IMG Academy. He has also consistently hit the camp circuit and shined. At 6-foot-5 and 325 pounds, he is built like a guard. However, IMG Academy started him at left tackle throughout his senior season. It will be interesting to see what position he plays this week.

Preston is one of the prospects who is going to be on five-star watch this week. The Louisiana product is one of the most complete wideouts in the 2022 recruiting class. He is a physical wide receiver, and he can make plays after the catch with his speed and physical running style. Preston has a nice build at 6-foot-1 and 190 pounds. He should be able to show that he can do it all at the wide receiver position this week.

Anderson is also a prospect who will be on five-star watch this week. He is one of the most exciting 2022 prospects to watch. The four-star recruit can pull in filthy 50/50 catches. He can high point the football and snag it from defenders in the air. He is built like a running back at 5-foot-9 and 190 pounds. The Alabama signee is dangerous after the catch with his elite speed and ability to make moves in tight quarters. Anderson should turn some heads this week with some jaw-dropping plays.

Campbell is the surprise of the Crimson Tide’s 2022 recruiting class. He signed during the early signing period a couple of days after taking a surprise one-day visit to Tuscaloosa. The IMG Academy product is listed at 6-foot-3 and 215 pounds. He was very successful as an edge rusher at IMG during his senior season. However, he did play some standing up at inside linebacker before transferring to IMG for his senior year. It will be interesting to see how Campbell will be used this week.

Oatis will be one of the biggest prospects at this week’s event. He stands at 6-foot-4 and weighs north of 340 pounds. The Alabama signee has impressed in camp settings in the past with his ability to defeat blocks with his hands and move extremely well. However, the biggest concern surrounding Oatis is his durability. He does not have a high motor and is not very consistent. The Mississippi product should shine in one-on-one drills this week and make it difficult to run inside on his team when he is on the field. It will be interesting to see how he plays throughout the game Sunday.

Fegans is one of the best cover defensive backs in the 2022 class. He has elite ball skills and can turn and run with most wide receivers. He is more of a finesse player, so he should prove hard to beat this week. All eyes will be on how physical Fegans will be this week.