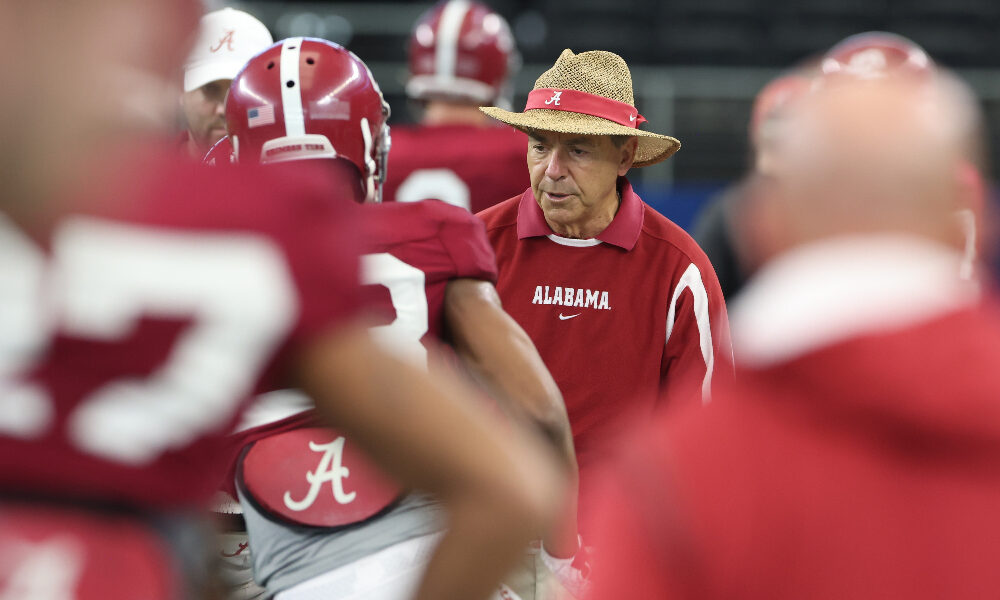 After weeks of predictions and analysis, only a few hours separate Alabama and Cincinnati from its College Football Playoff semifinal matchup.

As Nick Saban had mentioned during his Thursday morning media conference, patience is far from his strong suit and the Crimson Tide should be anything but patient to make a statement against the Bearcats.

Despite being the No. 1 seed for the fifth time in the eight-year history of the playoff, the performance of the team has been far from Alabama teams of the past and at times has looked just like the rest of the pack.

There’ve been a number of close calls throughout the regular season as the Crimson Tide have played in five games decided by one possession. Granted, Alabama is 4-1 in those games but struggling against unranked opponents like LSU and Auburn while dropping a game to Texas A&M who was also unranked at the time isn’t something to hang your hat on.

Too often has this Alabama team played down to its competition and it simply can’t afford to do the same against Luke Fickell’s team.

It may be the first time a non-Power Five school has made it to the playoff, but this Cincinnati roster is filled with experience which is something Alabama has lacked this year.

Led by quarterback Desmond Ridder and former Crimson Tide running back Jerome Ford, Cincinnati’s offense has dominated teams on the ground rushing for a total of 34 touchdowns as a team. Ridder has also gotten it done through the air with 30 passing touchdowns of his own while throwing just eight interceptions of the year.

Alabama’s defense hit its stride at the end of the regular season, but with the loss of cornerback Josh Jobe and fellow starting corner Jayln Armour-Davis entering the game banged up, the Crimson Tide’s youngsters like Kool-Aid McKinstry will need zero in for the matchup.

The other unit of the Crimson Tide that seemingly got its act together was the team’s offensive line.

The Iron Bowl was the low point in the year for Alabama’s front five who allowed five sacks, five pressures and nine hurries against the Tigers. The line that looked brittle throughout the entirety of the season appeared to be finally broken, but somehow, whether it was practice or prayer, the unit clicked the following week against Georgia in the SEC Championship Game.

A similar type of effort will be needed from whoever Saban and offensive line coach Doug Marrone deem to be ready to protect Bryce Young against the Bearcats defense. It may get a bad rap because of the competition, but Cincinnati has proven to be able to get after the quarterback as it amassed a total 0f 37 sacks on the year with defensive lineman Curtis Brooks leading the way with 7.5 of his own.

Largely, Alabama needs to prove that the Georgia game wasn’t a fluke and that it has buffed out the dents on the car and is ready to race to the finish line.

Cincinnati already has built-in motivation being the lowest seed in the playoff while also being from a smaller conference. Allowing a team like this to hang around can cause a lot of problems, especially for a team that has already allowed a number of late-game comebacks.

Outside linebacker Will Anderson stated that the team has adopted an underdog mentality leading into Friday’s game, which is likely the best possible way Alabama could be entering the game as it’s struggled when favored heavily in big games.