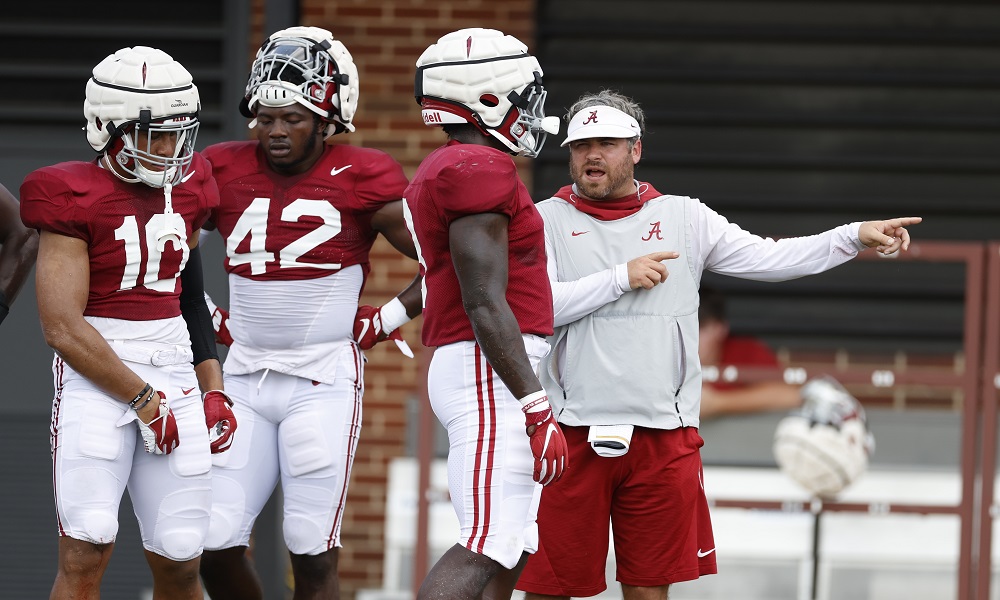 Pete Golding is one masterpiece away from his second national championship as Alabama’s defensive coordinator.

Since being hired to the Crimson Tide in 2018, Golding served as the butt of jokes for several Alabama fans.

After watching the dominance of Kirby Smart and Jeremy Pruitt, Tide fans felt Golding was a downgrade as a play-caller. Alabama did not steamroll teams in 2019, and people credit Steve Sarkisian for the undefeated College Football Playoff national title run in 2020. The Crimson Tide struggled defensively to start its 2021 campaign, and Golding came under much scrutiny.

A #FirePeteGolding got created on social media, and the criticism ensued.

Since the loss, the Tide has improved on defense. Alabama has posted some impressive numbers since Oct. 9, 2020.

Coach Golding responded to his critics by guiding a defense to 18 turnovers (seven turnovers on downs), 40 sacks, and 73 tackles for loss since the TAMU matchup. The Tide recorded double-digit numbers in tackles for loss versus Auburn (15), Arkansas (10), and New Mexico State (12). Golding’s play-calling was masterful against Cincinnati in the Cotton Bowl.

RELATED: Nick Saban has an impeccable in-season rematch record in pro, and even better in college

After a loss to the Aggies, Alabama made quick adjustments on defense.

Golding became confident in crafting blitz packages, the Tide’s defensive front got better versus the run, and better communication took place in the secondary. Will Anderson is the leader on defense, but Golding has Dallas Turner, Christian Harris, Henry To’oto’o, Brian Branch, DeMarcco Hellams, Jordan Battle, and Daniel Wright playing well. Kool-Aid McKinstry is learning, and Khyree Jackson stepped up versus the Bearcats. Golding has Alabama ranked thirteenth in the nation for scoring defense (19.2 ppg), sixth in total defense (299.8 ypg), fourth in rush defense (82.1 ypg), seventh in third-down defense (31 percent conversion rate), and third in sacks (52).

Golding needs one final marquee performance, but it is time for fans to start respecting him as a play-caller.

The 37-year-old is a tremendous recruiter who builds relationships with athletes. Nick Saban has been patient with him, and Golding is showing the fruits of it. People will appreciate him more if he handles Georgia, but it is time to respect Golding.