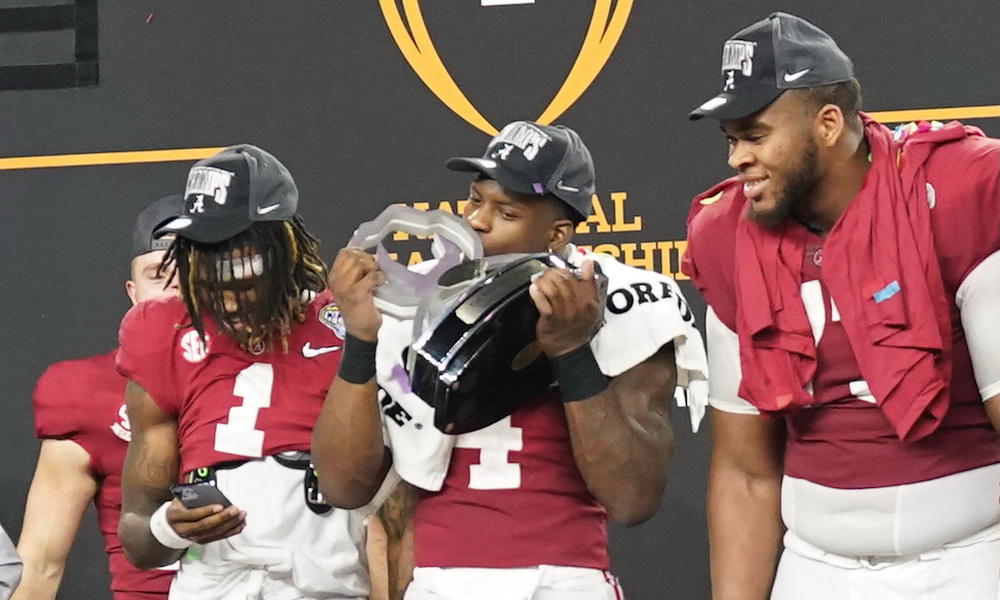 It is time to add “underdog” to the list of roles that Alabama football loves.

National media has doubted the Crimson Tide since its loss to Texas A&M. Betting sites penciled Georgia as a 6.5-point favorite in the Southeastern Conference title game. Alabama defeated the Bulldogs by 17 points (41-24), but that has did not affect the oddsmakers.

RELATED: It’s time to put some respect on Pete Golding’s name after shaky start to 2021 season

Georgia is favored to win the College Football Playoff National Championship Game by three points next Monday at Lucas Oil Stadium in Indianapolis. The Tide is an underdog again, and it’s prepared to make critics suffer.

Nick Saban called the rat poison from the SEC Championship Game ‘yummy,’ so it will be interesting to see what he does for CFP national title matchup.

Brian Robinson Jr., a fifth-year senior, is excited to be back in this role. As a Tuscaloosa native, he recorded the most rushing yards in school history by any Tide running back in a bowl game (204) versus Cincinnati.

After pounding the Bearcats in the Goodyear Cotton Bowl, Robinson said Alabama ‘will be motivated’ as the underdog.

Robinson could get his sixth 100-yard rushing performance versus Georgia.

He dealt with a hamstring issue in the SEC Championship, but he’s healthy now.

Robinson may not rush for 200 yards again, but a performance of 80-125 yards would be good for the Tide.

We shall see what happens next week.