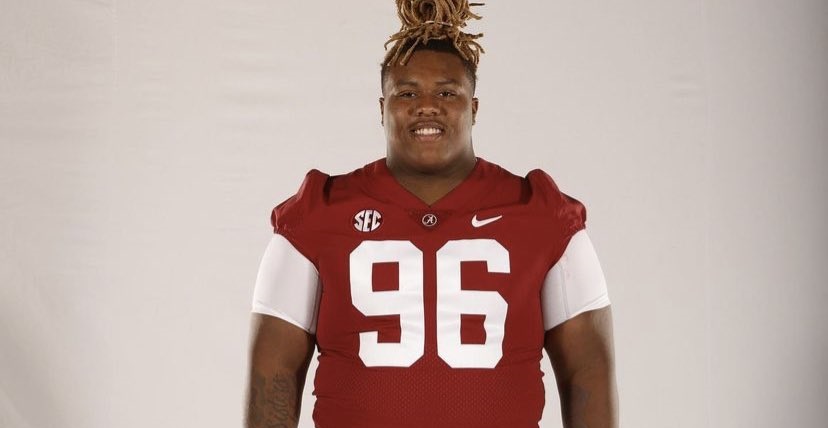 Alabama football’s freshman defensive lineman, Tim Keenan III posted a couple of photos to Twitter Tuesday to show the body transformation he has gone through this season.

Keenan was listed at 6-foot-2 and 335 pounds coming out of Ramsey High School. It looks as if the Birmingham, Alabama native has shed some of that weight during the 2021 football season. In his tweet, Keenan stated, ‘2021 was a lab year’ and thanked Alabama football.

Keenan has not played any snaps this season, but that has not stopped him from putting in work. He was recently featured in a video where he was working on his craft during his Christmas break ahead of the College Football Playoff.

Quick Break before the College Football Playoffs! @tim_keenan3 still putting in work!! When his time comes he will be prepared!! @AlabamaFTBL #WEdifferent #RollTide pic.twitter.com/4rCY7Y5gv4

The former four-star recruit is expected to be in the running to get some playing time next season if he can carve out a good off-season.