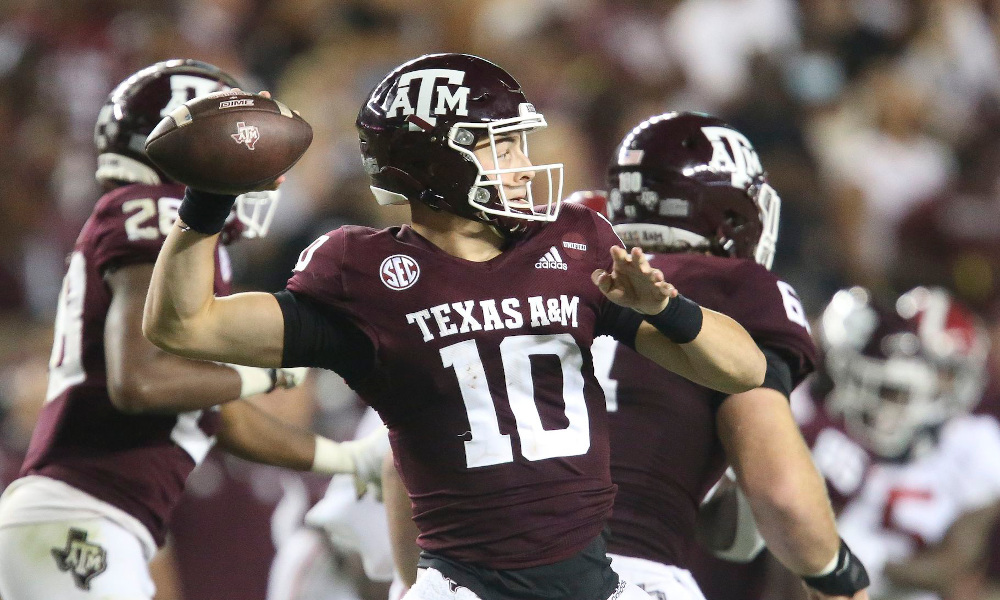 The SEC West has a quarterback carousel happening.

Zach Calzada shocked people with his move. He announced on Twitter his decision to transfer to Auburn University.

Calzada, a native Georgian, started the 2021 season as a backup to Haynes King for Texas A&M. An injury to King forced him into action and he played 12 games. Calzada totaled 2,185 passing yards and 17 touchdowns to nine interceptions. He recorded his best performance versus Alabama on Oct. 9, 2021, at Kyle Field in College Station, Texas. Calzada completed 21 of 31 passes (67.7 percent) for 285 yards and three touchdowns. He tallied a passer rating of 170.5 and a quarterback rating of 91.9.

The 6-foot-4, 210-pounder led Texas A&M to a 41-38 upset victory over the Crimson Tide. He provided Alabama its lone blemish of the season. After losing Bo Nix to Oregon, Auburn fans feel elated to have someone who has a winning record against the Tide.

Alabama fans reacted on social media upon seeing the news.

As soon as Auburn saw he entered the portal with a win vs Alabama he was instantly their top target https://t.co/ZT8jSe1VH9

The only QB to beat Alabama this year is headed to Auburn. The stories write themselves. https://t.co/ubX8KRq3FQ

Look forward to seeing you in Bryant Denny next year. #payback time https://t.co/LzRSwJ8Z9s

Barners literally only want one thing and it’s disgusting https://t.co/UDM6E23RkC

This makes too much sense https://t.co/s8mwT9e8Bn

Bring on the “we have the QB that beat Alabama so we’re so much better than them” crowd.

Auburn fans will be insufferable this year. https://t.co/UMPPb4CpzD

Jokes on Auburn. He already used his game of his life against Bama card for this lifetime https://t.co/LzBL05di5b