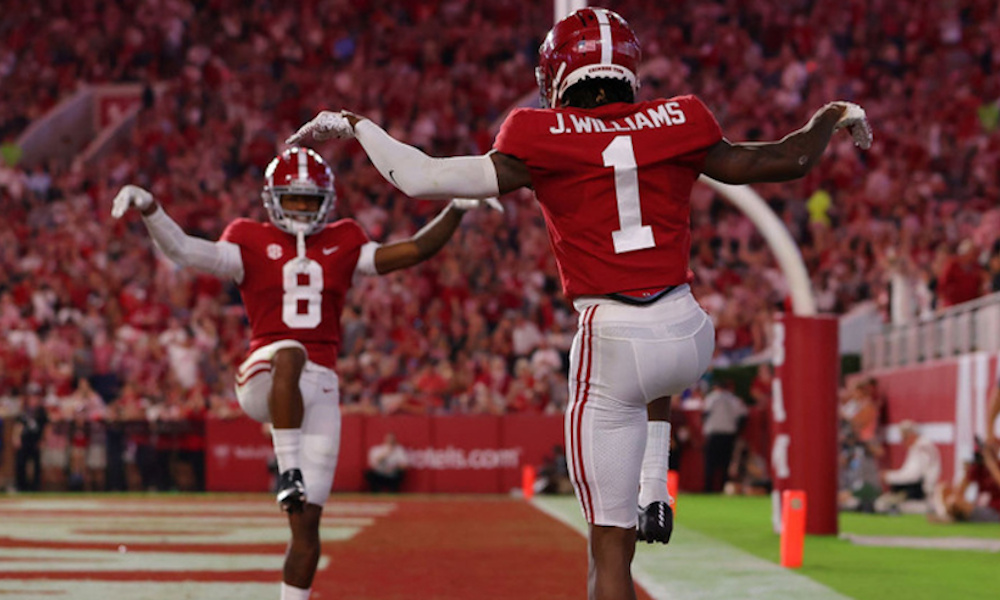 Alabama football, ninjas, and karate have one thing in common, balance.

Balance is vital in everything. People who have a balanced life are those with more joy.

Football teams that balance on offense and defense win championships.

The Crimson Tide suffered a loss to Texas A&M in the 2021 regular season, but it is now in a place it knows well. Alabama is trying to repeat as champions tonight versus Georgia in the College Football Playoff National Championship Game at Lucas Oil Stadium. The Tide has found different ways to win all year, and it stems from the “Crimson Crane” celebration with Jameson Williams and John Metchie. After each touchdown, the two celebrated together. Williams is happy to achieve balance in his new home, while Metchie was excited to share responsibilities with his teammate.

The celebration filtered through the locker room and is now a phenomenon on Twitter.

Williams has become a beloved wide receiver for Tide fans. He leads the team in yards (1,507), touchdowns (15), yards per catch (20.1), and yards per game (107.6). Metchie leads the team in receptions (96) and has 1,142 yards with eight touchdowns. He will not play versus the Bulldogs because of a knee injury, but his teammates are doing the “Crimson Crane” for him.

Henry To’oto’o, a transfer linebacker from Tennessee, has also found balance with the Tide.

He’s recorded 106 total tackles, making him the fifth linebacker of the Nick Saban era to accomplish the feat of 100+ stops.

People have doubted this team, but the players and coaches have come together at the right time.

Balance has brought Alabama to Indianapolis, and it looks to finish with a national championship.