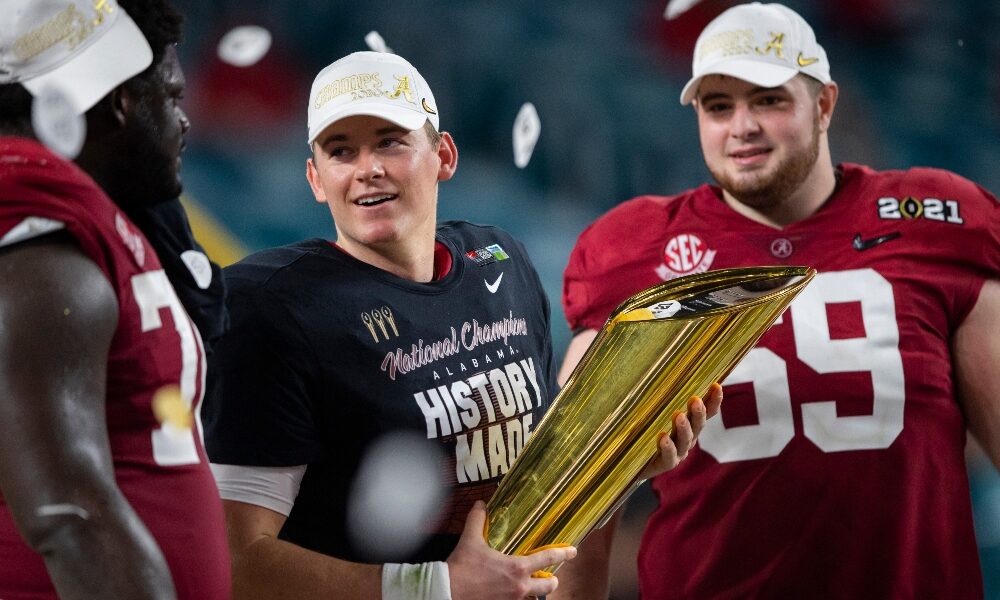 Former University of Alabama quarterback Mac Jones was named an NCAA Today’s Top 10 Award winner, the NCAA announced Monday. The prestigious honor recognizes 10 student-athletes who have completed their athletic eligibility for their success in competition, in the classroom and in the community.