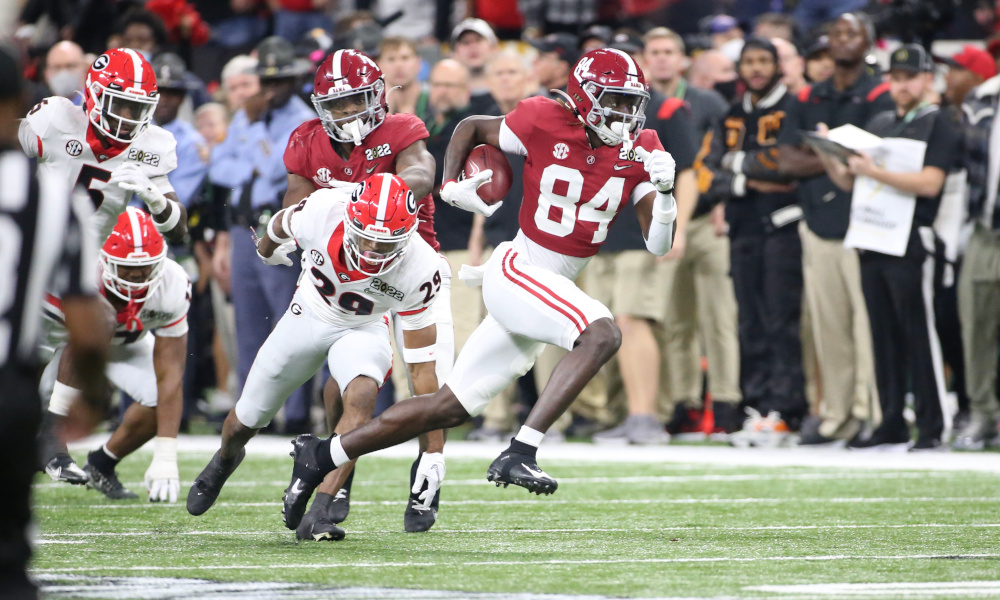 Alabama fans woke up this morning in frustration after watching its team lose to Georgia in the CFP National Championship Game.

A lot of good things will come from the loss as the Crimson Tide looks toward the offseason. Agiye Hall went on social media to apologize to fans for his performance in the 18-33 loss. He replaced an injured Jameson Williams at wide receiver, and Bryce Young targeted the talented freshman eight times. Hall dropped some crucial passes, including one that would have been a touchdown, but he also had a couple of big plays. The 6-foot-3, 195-pounder finished with two receptions for 52 yards.

He did not see much playing time in the 2021 season, but this moment may have been the one to get Hall to buy into the Crimson Tide’s process under Nick Saban. Spring football is going to be exciting in March and April as Hall and Alabama work toward returning to the CFP title stage next fall.