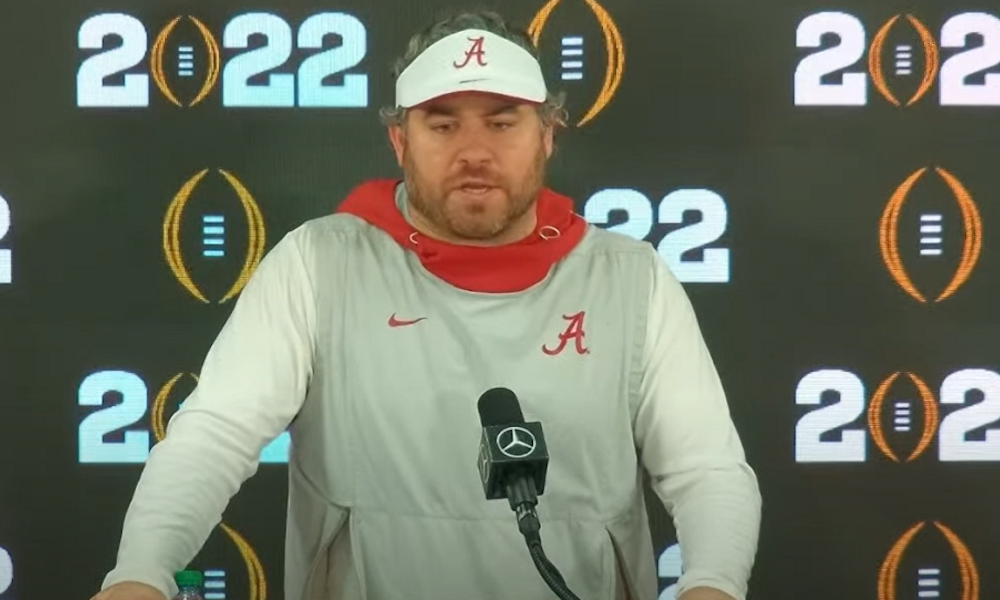 Alabama’s defense gave a strong effort in the CFP National Championship Game, but it got worn down by Georgia in the second half at Lucas Oil Stadium in Indianapolis.

The Bulldogs earned a 33-18 to capture its first national title since 1980.

Stetson Bennett was the Offensive MVP of the game and recorded two touchdown passes. Zamir White (84) and James Cook (77) ran the ball well in the second half and combined for 161 yards rushing with a touchdown. Alabama’s defense got four sacks, six tackles for loss, and forced a turnover. Coach Golding and the defense held the Tide in the game for as long as they could.

Alabama fans still have mixed emotions about Golding in their reactions on Twitter.

You got two experienced corners. You gotta trust your DL to stop the run and keep two safeties over the top. I wouldn’t care if they nickeled and dimed us that whole drive but DO NOT GIVE UP A DEEP BALL! COME ON PETE GOLDING. DAMN!

Pete Golding has proven that all of us that wanted Pete Golding fired (myself included) don’t know shit about football.

Pete Golding and 10 are so bad. An very below average player coached by the worst coach Saban has ever made a coordinator

Pete Golding can stay. Defense gave us any many opportunities as we could wish for.
Take whatever NFL job they give you and get the hall away from my squad, @BiIlOBrien

Pete Golding we need you

If Saban doesn’t fire Bill O’Brien and Pete Golding after this, he’s becoming a liability. PERIOD… Good game UGA… you took advantage of all of our injuries, we were all told Bama was “trash”. Congrats on beating a “trash” team. Im still #RollTide

Okay Pete Golding is coming through can Bill O’Brien come through now?