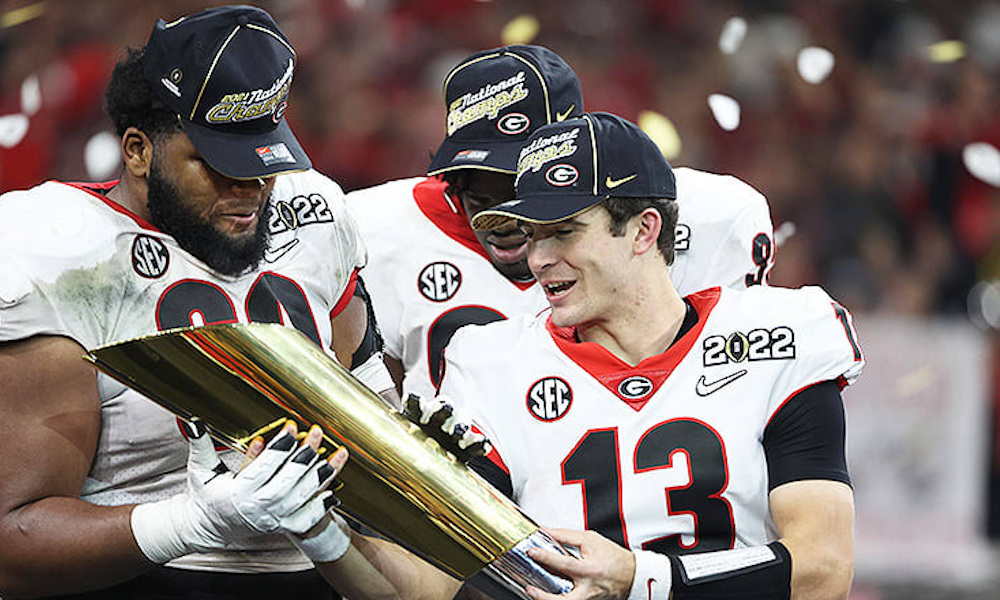 Stetson Bennett is on top of the world for the Georgia Bulldogs.

As a former walk-on, he led the program to a victory over Alabama and the Bulldogs’ first national championship in over 40 years.

Bennett stepped up at Lucas Oil Stadium in Indianapolis and tossed two touchdowns in a 33-18 victory for Georgia. He landed a NIL deal with Raising Cane’s, a popular fast-food chain restaurant that started in Baton Rouge (La.) in 1996. Bennett decided to troll the Crimson Tide in a Twitter post where he’s working the drive-thru at Raising Cane’s. He tells the customer, “That’ll be $33.18.” Bennett quotes the price as the final score from the CFP National Championship Game. He continues to live in the moment.

Georgia looks to return to the CFP next season. Alabama will be back on the big stage, and it plans on winning it all.