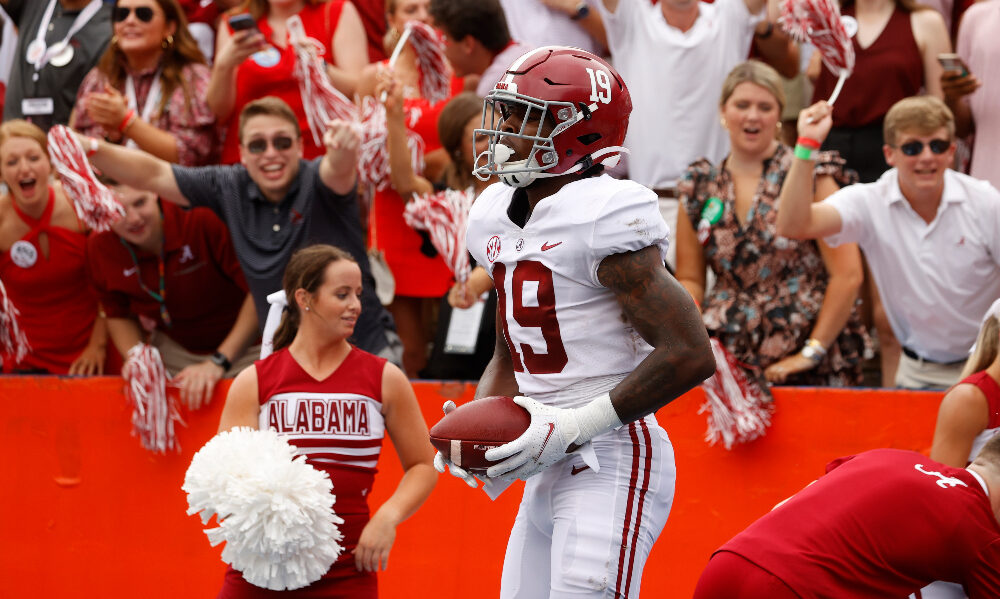 Jahleel Billingsley is reuniting with Steve Sarkisian and Jeff Banks in Austin, Texas.

He entered the NCAA transfer portal last week for Alabama and has committed to the Longhorns.

Billingsley had success in 2020 with the Crimson Tide under Sarkisian as offensive coordinator. He caught 18 passes for 287 receiving yards and three touchdowns. Alabama fans expected more from him in 2021, but it did not happen. Billingsley totaled 17 catches for 256 yards and three scores. He and the Longhorns will face the Tide in week two of next season in Texas.