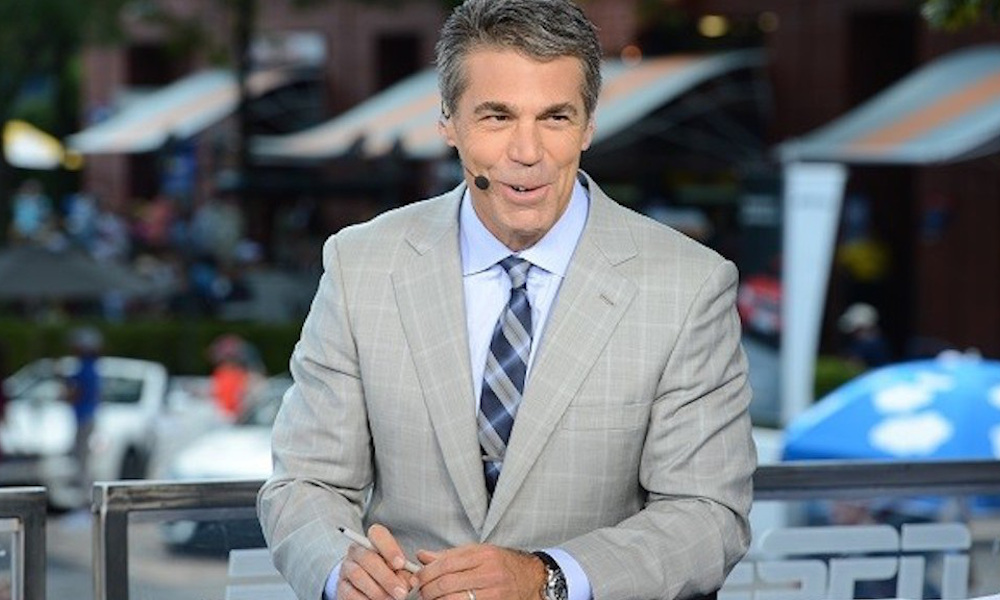 Chris Fowler has been employed by the Worldwide Leader in Sports since 1986.

He’s been one of ESPN’s leading men for a long time, but Fowler took a huge ripping on Twitter.

Members of ESPN are responsible for being knowledgeable of everything in the sports world. They are supposed to be the authority figure on all things sports-related. Alabama football is the biggest brand in the collegiate game, and one of the members of College Football GameDay did not know the Crimson Tide’s had a 4th Quarter Program since 2007. Fowler posted a photo of Alabama cornerback Kool-Aid McKinstry in his 4th quarter program shirt. He said the team was ‘issued’ these shirts and that a message would be pounded all offseason. The offseason training program has been in Tuscaloosa since Nick Saban’s arrival.

He making all that $ at ESPN and doesn’t know our off season conditioning program has been called “4th Quarter” ever since Coach Saban was hired as head football coach in 2007. Hold this L https://t.co/duGp7BhQ7A

Prime example of people in the media being clueless and just creating a narrative https://t.co/hs9Y7h7Vuo

Ummm Chris this is not new https://t.co/oTdhO0FJxM

Imagine being a top 3 voice of college football during a 15 year dominance from Nick Saban AND NOT KNOWING ABOUT THE 4TH QUARTER CONDITIONING PROGRAM. https://t.co/BS1Rl19djL

This is downright embarrassing your show has literally had programs about Alabama’s conditioning program which has been named this for over a decade https://t.co/mMZpt44MS0

These shirts are only 15 years old. Don’t think we came up with this today. https://t.co/UW4Mb38ayN

We have always had the 4th QTR program at Alabama Bruh cmon Chris you gotta do better https://t.co/E8oLLm1ZVE