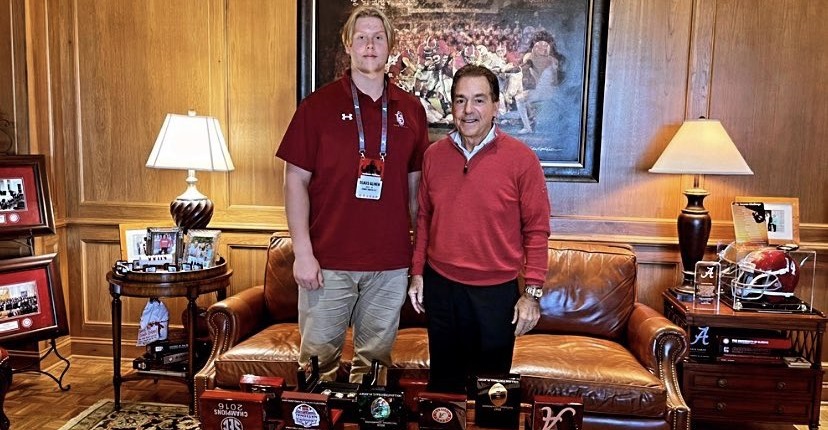 Olaus Alinen told Touchdown Alabama Tuesday he will take an official visit to the University of Alabama on the weekend of June 10.

Alinen is a 2023 four-star offensive lineman, who is originally from Finland. He received an offer from Alabama in November, and he visited the Crimson Tide later that month. He said Alabama was ‘at the top’ of his recruitment after that visit.

The Finnish lineman told Touchdown Alabama earlier this month he was ‘100 percent’ sure he was taking an official visit to Alabama based on how his relationship with their staff was progressing.

RELATED: Olaus Alinen ‘100 percent’ sure he will take official visit to Alabama

“The relationships that I have with Alabama’s coaches are good,” Alinen said. “Contact has been going well with them. I have been in touch with their new offensive line coach (Eric Wolford), coach (Bill) O’Brien and coach Saban recently.”

The Alabama target is listed at 6-foot-7 and 300 pounds. He carries his weight extremely well. He has some nastiness to his game and is always looking for an opportunity to get a pancake block as he blocks throughout the play.

Alinen is considered on of Alabama’s top offensive lineman targets in the 2023 recruiting class.