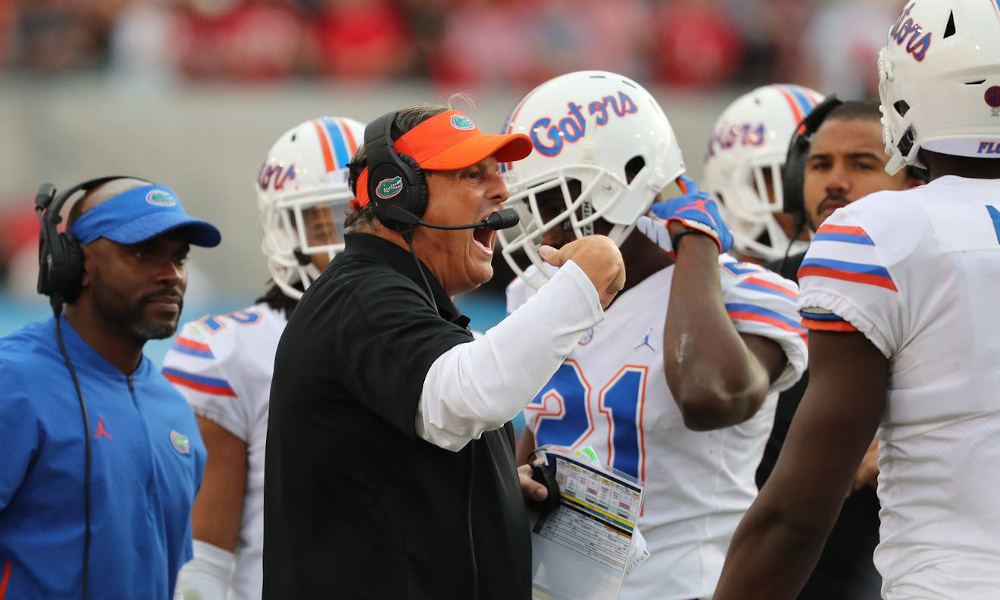 Could one of college football’s most elite defensive minds be joining Nick Saban?

Todd Grantham, 55, is considering an offer to join Saban at Alabama — according to Football Scoop.

Grantham coordinated defenses, coached outside linebackers, and served as an assistant head coach at Georgia, Louisville, Mississippi State, and Florida. The Bulldogs allowed an average of 22.8 points per game, totaled 124 sacks, and created 56 interceptions in four years (2010-13) under Grantham. During his three seasons at Louisville, the Cardinals defense allowed 23.2 points per game, earned 109 sacks, and forced 58 interceptions from 2014-16. Grantham’s play-calling delivered Mississippi State to a 9-4 season in his lone year in 2017. The Bulldogs surrendered 20.9 points per game, collected 36 sacks, and had 13 picks.

Florida allowed 23.3 points per game in four years (2018-21) under Grantham.  He produced 158 sacks and 47 interceptions for the Gators. Saban has returned Derek Dooley to his staff as an offensive analyst, but landing Grantham would be a massive piece.