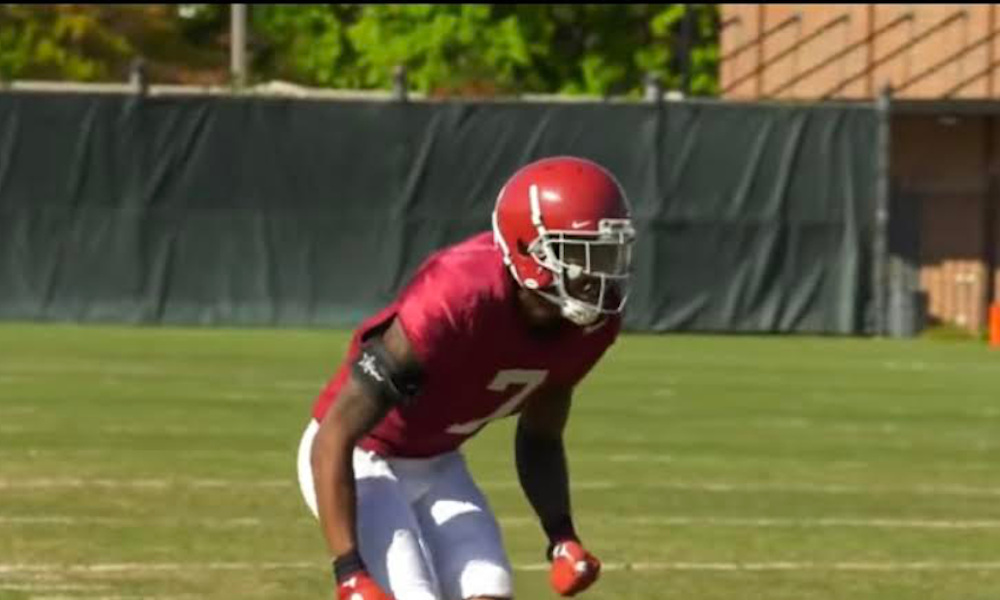 Eli Ricks is not playing around with the expectations he has for himself at the University of Alabama.

The transfer cornerback has picked up the defensive system in spring practice, and he looks to be an impactful player in the Crimson Tide’s secondary. Ricks totaled 31 tackles, six pass breakups, and five interceptions in 16 games at Louisiana State University. The 6-foot-2, 190-pounder is bonding well with his new team, but Ricks has several lofty goals for himself.

RELATED: What a trusted source had to say about Alabama’s first scrimmage will leave Tide fans thrilled

He highlighted these goals on a mirror in his dorm room.

Ricks’ goals include five interceptions, 20+ pass breakups, winning the Jim Thrope Award (nation’s top defensive back), earning first-team AP All-American honors, winning a College Football Playoff National Championship, and becoming a top-10 NFL Draft pick. His resident advisor may not be happy with the writing on the mirror, but fans have to love Ricks’ mindset.

Alabama football is excited to see Ricks dominate on the field this season.