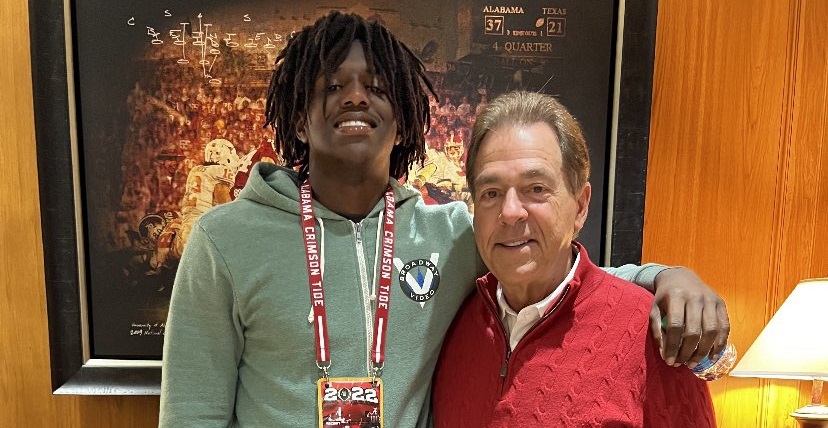 Henry attends First Baptist Academy in Naples, Florida. The 2023 prospects previously held offers from Ole Miss, West Virginia, Louisville and others. Alabama became the 13th program to offer Henry when Nick Saban informed him of the offer during a meeting in the Alabama head coach’s office.

“The feeling was unexplainable,” Henry said. “Just like how I got all my other offers, it is a blessing from God.”

The Florida product said he feels an opportunity to play at Alabama under Saban would be a great opportunity for him to showcase his impressive skill set.

“I think he is a great coach, and he wants the best players on the field,” Henry told Touchdown Alabama. “He is serious and it is straight business with him. It would be great to play for him because I feel I could help them a lot with my skill set and change things around. He loved everything when he watched my highlight tape.”

Henry watched Alabama’s practice Friday and said it was the best part of his visit.

“I seen a lot, but my favorite part was watching practice and seeing everyone compete, and how fast they were moving,” said Henry.

The new Alabama target currently stands at 6-foot-4 and weighs 210 pounds. The Crimson Tide plan to recruit him as a tight end, but he received a lot of playing time at wide receiver for First Baptist Academy during his junior season. Henry flashed his ability to be a dominant receiving threat with his impressive route running skills, and he proved he was a tenacious blocker.

Alabama now stands at the top of Henry’s recruitment after offering him.

“They are top two and not number two,” Henry said.