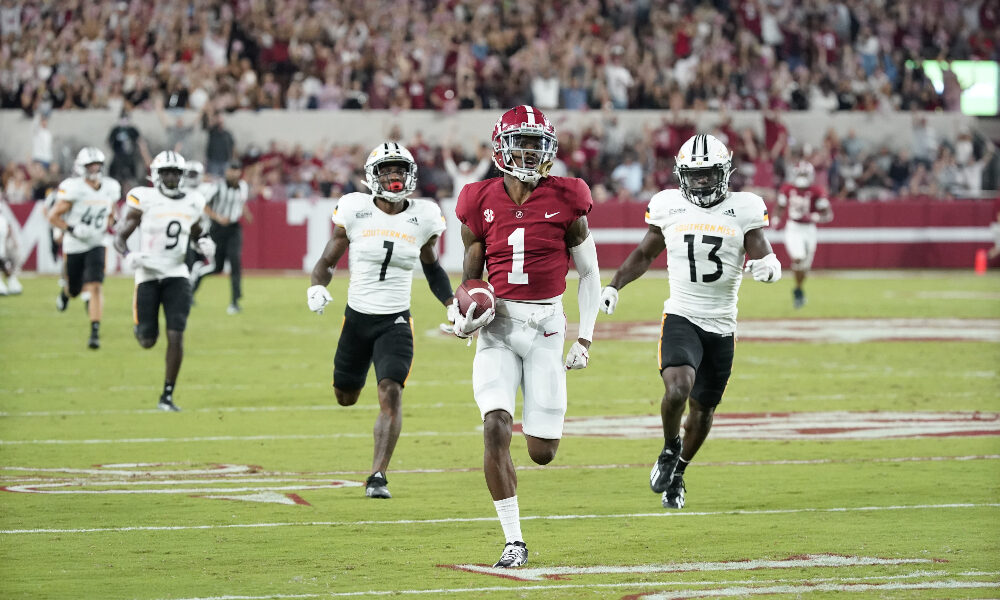 Jameson Williams, an Alabama football alum, will be one of several players in attendance. He exploded as college football’s most electric wide receiver in 2021, totaling 79 catches for 1,572 yards and 15 touchdowns.

Williams destroyed defensive backfields in the Southeastern Conference and paced Alabama’s offense to an SEC Championship and an appearance in the College Football Playoff National Championship Game. He was an All-American and first-team All-SEC performer while earning SEC Co-Special Teams Player of the Year. Williams needed one season to put the NFL on notice, but a knee injury (anterior cruciate ligament) in the CFP National Championship Game hurt him and the Crimson Tide versus Georgia.

From NFL Now: Without an ACL injury, #Bama WR Jameson Williams would likely be the top WR off the board. Now? He’ll still go pretty early. pic.twitter.com/ajhz5c5oDp

We will see which team rolls the dice on a very electrifying talent.