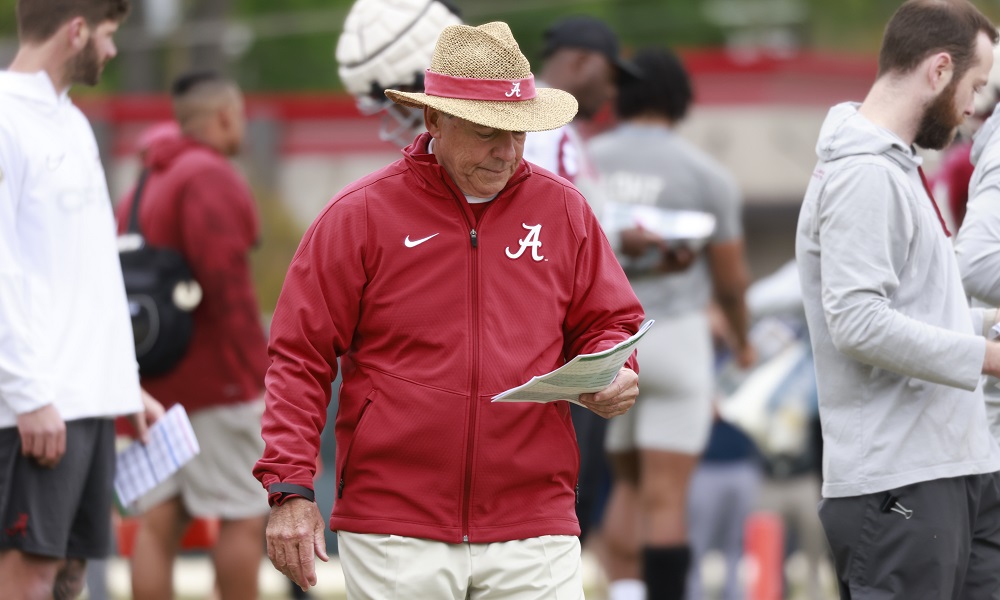 Even at the conclusion of spring football, Alabama still has questions surrounding the depth of certain positions across its roster. One area that Nick Saban has highlighted as a need is more capable players in the tight end room.

During the Crimson Tide’s A-Day game, both teams only had a combined three tight ends to work with throughout the day. Thankfully the offense saw starter Cameron Latu opt to return for the 2022 season, but saw the likes of Jahlell Billingsley hit the transfer portal and leave for Texas.

Sophomore Robbie Ouzts has made some strides since the conclusion of last season, but Saban would still like to see some more security. Alabama will see talented prospects like Amari Niblack and Elijah Brown join the team this fall but relying on two freshmen to develop that quickly into a position that requires a great deal of maturity may not sit all that great with Saban.

So by looking at where the tight ends room currently stands the question has been proposed.

Will Saban go back to the transfer portal?

As of right now, Saban has until the beginning of May to see a player transfer to the Crimson Tide, and just looking at how Alabama’s addressed its other needs across its roster, all have had a major acquisition from the portal.

The offense saw tackles Evan Neal and Chris Owens leave for the NFL and Saban went and got Vanderbilt lineman Tyler Steen. Alabama loses its leading rusher in Brian Robinson and with questions about the health of Jase McClellan and Roydell Williams, Saban goes back to the portal and picks up Jahmyr Gibbs.

Both starting corners Josh Jobe and Jayln Armour-Davis move onto the pros and the departure is addressed with LSU transfer Eli Ricks.

Most recently Alabama has looked for more experience in the wide receivers room, and even after seeing former Georgia receiver Jermaine Burton join the Crimson Tide, Saban once again went to the transfer portal and picked up Louisville’s Tyler Harrell.

Saban has made it a point to add experienced depth to its roster and tight end is one of the last positions in desperate need.