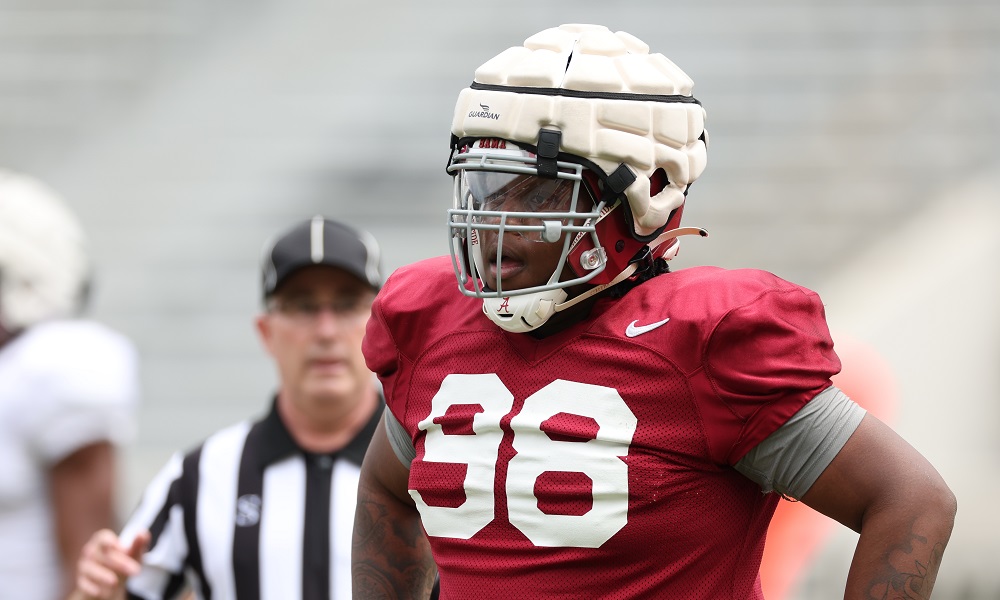 The pressure is on this Alabama defense to be like the group in 2016.

After seeing the dominance of the 2016 unit, Tide fans wonder can this defense be that good? A social media user, who is an Alabama fan, posted a video of the 2016 defense on Twitter. It used the caption, “I miss the 2016 Alabama defense,” and highlighted marquee plays from them. Most of the highlights were of players creating turnovers and scoring touchdowns.

I miss the 2016 Alabama Defense 🥲pic.twitter.com/5eiavcqU5T

Jamil Burroughs, a junior defensive lineman, responded with “Don’t worry we are back in motion.”

Don’t worry we back in motion🛠⚒ https://t.co/pPQldnx3yE

Burroughs collected two tackles for loss and two sacks in the spring game. Will Anderson, a junior linebacker, captured the media’s attention when he said to expect this defense to have the same style as 2016. Alabama has several starters returning and young players ready to step up. Pete Golding wants to prove he is the next elite defensive mind in college football.

The coming fall will be an interesting time for Alabama.