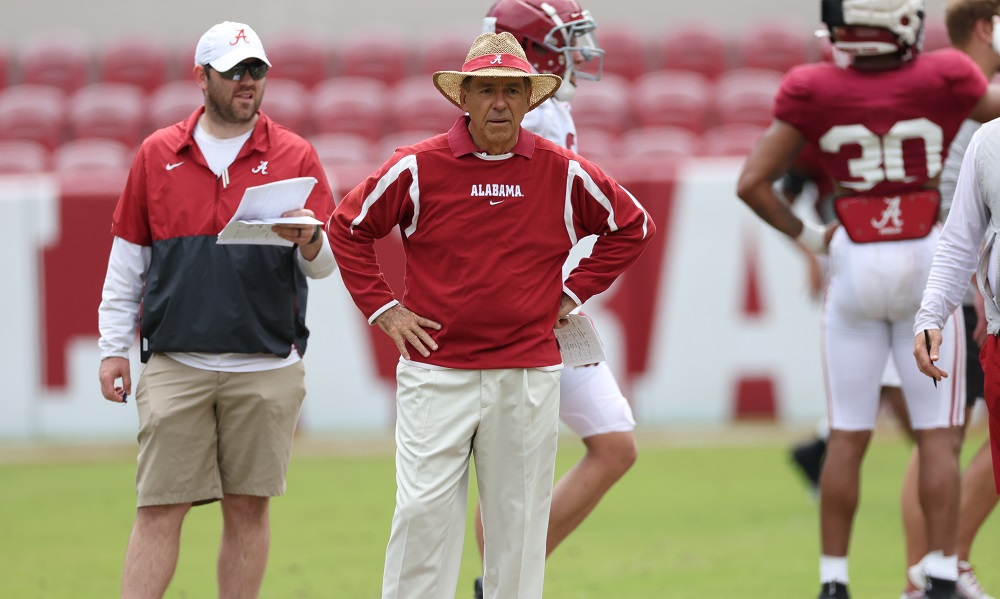 Alabama head football coach Nick Saban was involved in a minor car accident Friday afternoon in the Birmingham area according to a report from AL.com.

Per the report, there were no injuries sustained during the wreck and the Jefferson County Sheriff’s Office has no record of the accident which indicates that neither Saban nor the other driver involved in the accident filed a report.

The accident occurred hours before the second round of the 2022 NFL Draft where Saban has already seen former players Evan Neal and Jameson Williams come off the board in the first round with more to come this weekend.