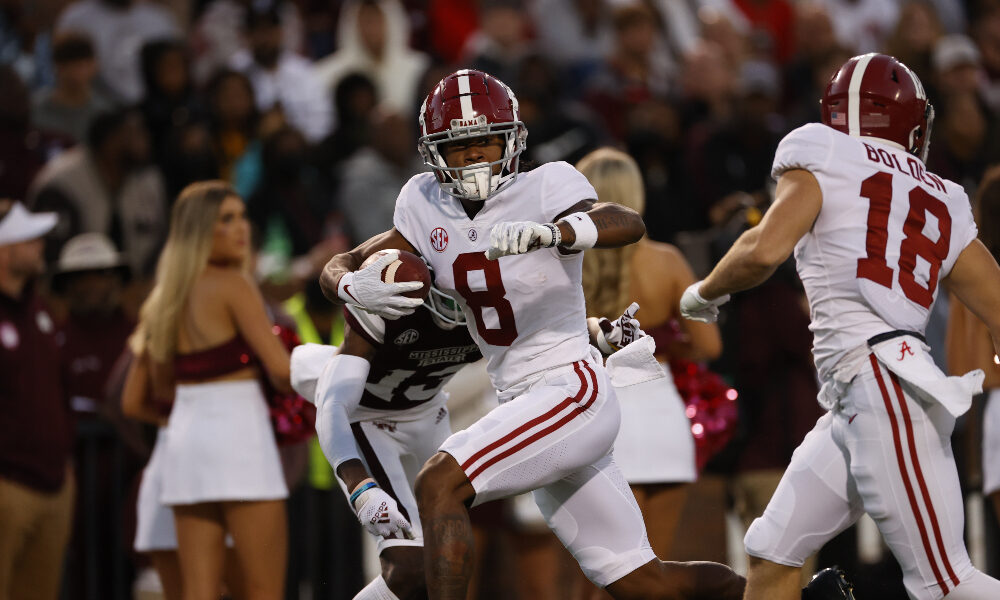 Despite sustaining a torn ACL late in the 2021 season, Alabama wide receiver John Metchie didn’t fall too far from his original projections.

Metchie was selected by the Houston Texans with the no.44 overall of the second round of the 2022 NFL Draft.

The Canada native put up career numbers in his final year as a member of the Crimson Tide before suffering a season-ending injury in the SEC Championship Game against Georgia. In 13 games Metchie caught 96 passes for 1,142 yards and eight touchdowns. Despite missing the entire College Football Playoff, Metchie was still named to the All-SEC Second Team by both the coaches and the Associated Press. Metchie was also an integral part of the Crimson Tide’s 2020 national championship team where he appeared in all 13 games.