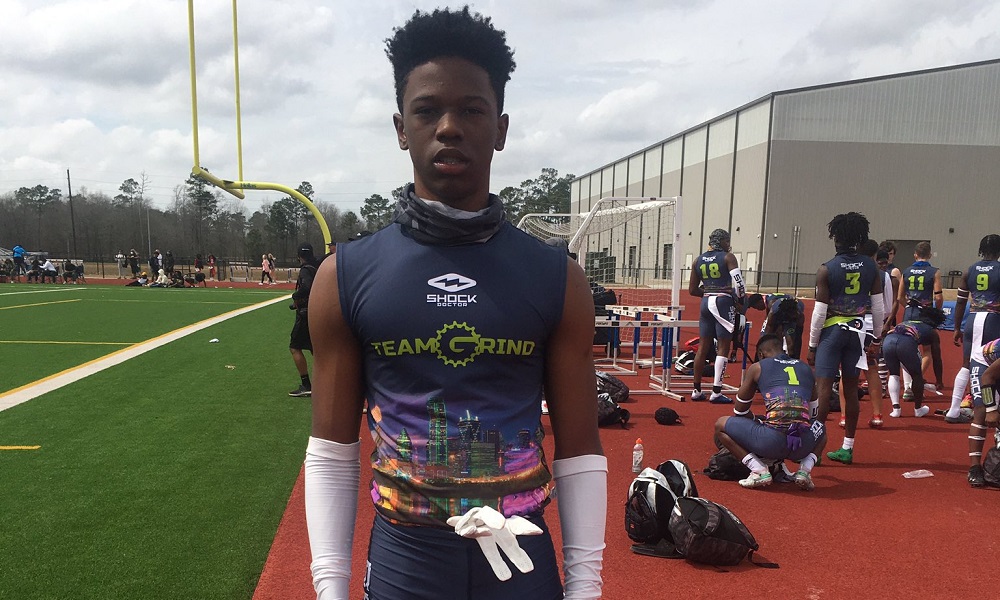 Gipson is a product of Lancaster High School in Texas. His recruitment is continuing to grow at a fast pace. He picked up offers from Alabama, LSU, Florida State, Nebraska and Oklahoma over the span of three days last week.

The Texas product said he was caught off guard when he found out he had an offer from Alabama after the Crimson Tide’s wide receiver coach Holmon Wiggins visited Lancaster.

“I was happy,” Gipson told Touchdown Alabama. “I was a little shocked and blessed.”

Gipson is rated as a four-star recruit by most recruiting sites, and he is considered one of the top safety prospects in the 2024 recruiting class. The four-star prospect said he is a fan of the way Alabama’s defensive backs play.

“They do a great job at developing defensive backs,” said Gipson. “They produce NFL-ready players all around the board, such as Trevon Diggs and Patrick Surtain. Some great guys have come out of Alabama. I love the way Alabama’s defensive backs are both patient but very physical in run support. Alabama is a special place. Hopefully, I can see if it is the right fit.”

Nick Saban has not met Gipson yet, but the 2024 recruit is excited to get to Alabama and meet the seven-time National Championship-winning coach in the future.

“I have heard good things about him,” said Gipson. “I heard he coaches hard, and he really loves his guys. Hopefully, I can connect with him and share those same feelings. He is obviously doing something good. He is always winning National Championships and putting people in the league every year. Coach Wiggins was telling me Saban has a connection with the defensive backs. He spends a lot of time with them.”

Gipson’s speed and size are a few of the factors that led Alabama to offer him. He has a PR of 10.7 in the 100-meter dash, and he currently stands at 6-foot-1. The Alabama target showed he was capable of jumping routes and making plays over the top at safety during the 2021 football season. He was also valuable in run support.