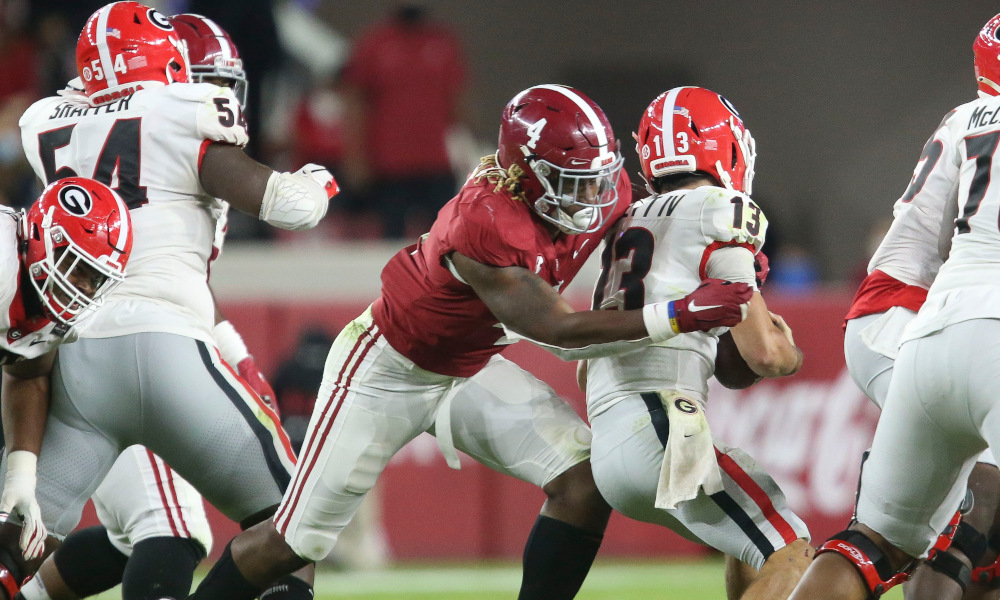 It was another impressive NFL Draft cycle for Alabama as it saw a total of seven former players get selected during this year’s draft. As expected offensive lineman Evan Neal and wide receiver Jameson Williams were the first two selected in the first round and were followed by John Metchie and Phidarian Mathis in the second.

Linebacker Christian Harris and running back Brian Robinson both went in the third round and defensive back Jayln Armour-Davis rounded things out on day three by going in the fourth round.

Despite its impressive total, there were a few former members of the Crimson Tide who went undrafted and are looking for NFL homes.

Below is the list of undrafted free agents for Alabama and where they signed:

Outside linebacker Christopher Allen signs with the Denver Broncos.

Alabama DE Labryan Ray is signing as an UDFA with the #Pats, per source.

Former Alabama OL Chris Owens is signing with the #Steelers, per source.

Alabama WR Slade Bolden is signing as an UDFA with the #Ravens, per source. Excellent route-runner who can flat-out play! Nice add for Baltimore.