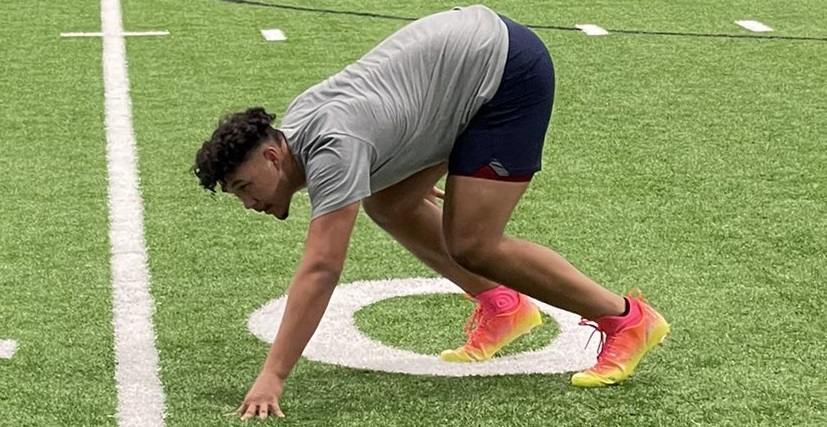 Smith is a product of Melissa High School in Melissa, Texas. He garners a four-star rating from multiple recruiting outlets, and he is ranked as one of the top defensive lineman prospects in the 2024 recruiting class. He currently holds 25 D1 offers after recently picking up offers from Texas A&M, Miami and Arkansas.

The Texas product said receiving an offer from Alabama motivated him to continue to get better.

“It is definitely a great feeling,” Smith said. “A lot of people do not get offers like this one until late junior or senior year, so it is awesome to pick up this offer as early as I did. I just hope things keep getting better. It is like motivation.”

Nick Saban informed Smith of his offer from the Crimson Tide. The four-star recruit said it was a special moment when the seven-time National Championship winning coach told him he had an offer from Alabama.

“It was awesome for him to be able to call me himself and talk as long as he did,” Said Smith. “It meant a lot. He does not offer everyone, and it says something that he was willing to get on the phone and give me the offer himself.”

Smith is listed at 6-foot-5 and 260 pounds. He lined up in different spots along Melissa’s defensive front throughout the 2021 football season. The sophomore finished the season with 66 total tackles, 20 tackles for loss and 10 sacks.

Saban told Smith he was impressed with multiple facets of his game.

“He said he loves everything about me,” Nigel said. “He loves that I can bend, I can use my hands and that I am quick off the football. He likes my pass rush and how I can go from speed to power. He thinks I am very athletic, and he loves my speed.”