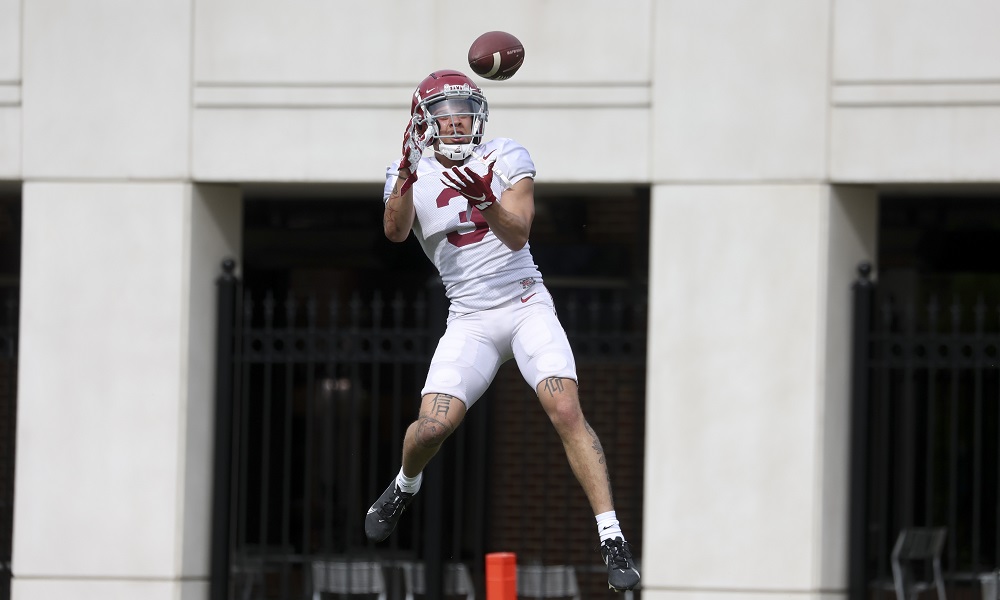 He assisted Georgia to a College Football Playoff National Championship in 2021, but the wide receiver chose to leave the Bulldogs for Alabama via the NCAA transfer portal. The 6-foot-2, 200-pounder caught 53 receptions for 901 yards and eight touchdowns in 24 games at Georgia. Burton finished the 2021 campaign with 26 catches for 497 yards and five touchdowns.

He got his first taste of a national title, but he’s hungry for more. Alabama has stacked its roster with offensive talent, including five names from the transfer portal. The additions of Burton, Tyler Harrell, Jahmyr Gibbs, Tyler Steen, and Miles Kitselman have Bryce Young poised to repeat as a Heisman Trophy winner. Burton is surrounded by marquee talent at Alabama, and he’s proclaiming a national championship for the fall. He shared this positive message of affirmation on his Twitter profile.

Young is trying to win his first national title as a starting quarterback.

After he turned in a good spring, Burton is prepared to help Young dominate.