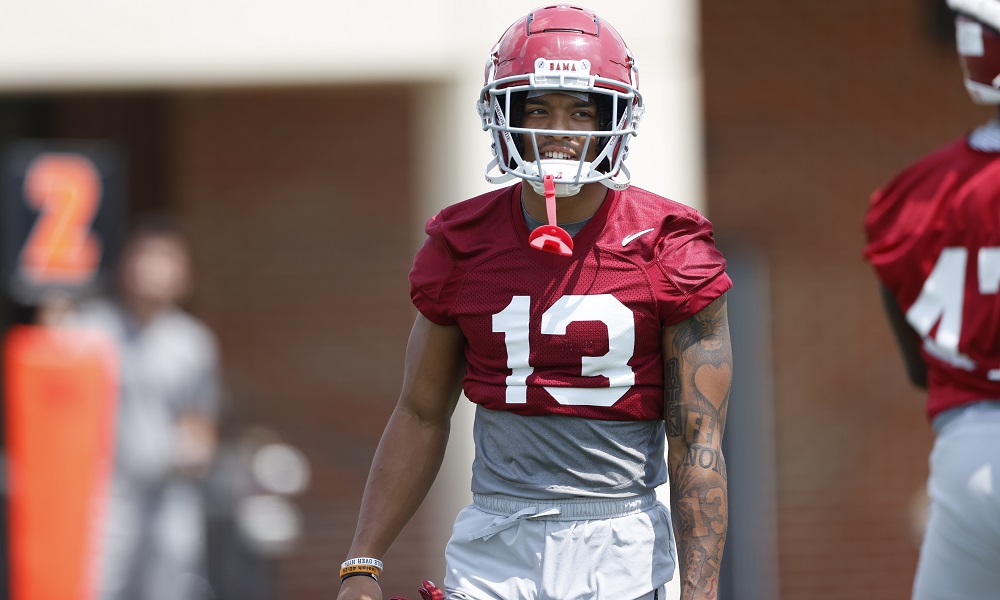 Are we about to see a dominant season from Malachi Moore in the fall?

Moore, a native of Trussville, Ala., quickly impressed fans in his freshman season. He won the starting job at nickel in fall camp and totaled 44 tackles, four tackles for loss, nine passes defended (six breakups, three interceptions), two quarterback hurries, a forced fumble, a fumble recovery, and a touchdown in the 2020 season. The 6-foot, 190-pounder earned Freshman All-SEC, second-team All-SEC, and Freshman All-American honors for his efforts in 11 games. Moore assisted the Crimson Tide to an undefeated College Football Playoff National Championship, despite missing the CFP with an injury.

He played 15 games as a sophomore in 2021, but Moore totaled only 17 tackles, two stops for loss, an interception, a quarterback hurry, and a breakup. Brian Branch played well as the starting nickel, but Alabama fans want to see Moore return to his freshman production. He recorded a good spring and tallied seven tackles on A-Day. Per Woodall, Moore’s explosiveness is back.

“He’s got the tough injuries out of the way,” Woodall said about Moore. “He has his body back healthy. It takes a year to be back right after having a stress fracture, but he’s good now. His explosiveness has returned, his weight is back, and we are working on technique and details.”

Woodall, who was on Alabama’s 2009 BCS National Championship team, trains Moore, Brian Branch, Kool-Aid McKinstry, and Kristian Story. He is excited about what the Crimson Tide’s secondary can be in the fall, but he wants to see a lot of Moore and Branch together on the field.

“Both are ballers,” Woodall said about Moore and Branch. “Branch stepped up and played well last season, but we should see both on the field together sometimes this season.”

He likes the growth of McKinstry and Story’s potential, but Woodall looks for a marquee campaign from Moore.

He has Moore skilled in the art of technique, foot/hand placement, and eye control. Woodall teaches his players the college details, especially with defenses going to a 3-4 alignment. Nick Saban will ‘throw the bible’ at players with concepts, but the most technically sound defensive back will start. Tide fans are ready to watch Moore in the fall.