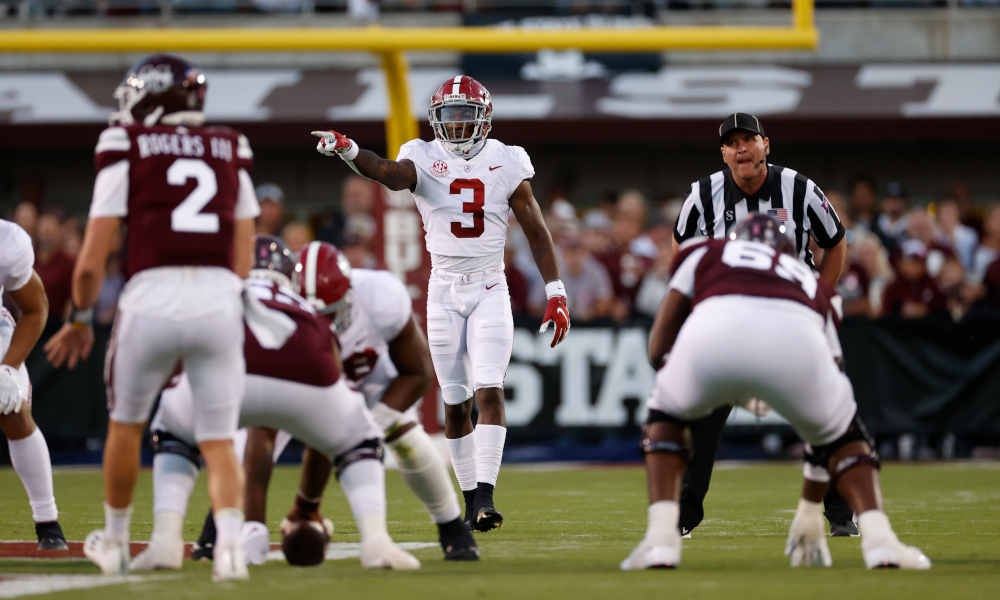 Daniel Wright is headed to a rookie minicamp tryout in the National Football League.

He came to the University of Alabama as a four-star safety in the 2017 recruiting class.

Wright played from 2017 to 2021, earning two College Football Playoff National Championships (2017 and 2020) and three Southeastern Conference titles (2018, 2020, 2021). Josh Kendall, who covers the Atlanta Falcons for The Athletic, reported on Friday that Wright will participate in the Falcons’ rookie minicamp. He is one of several players getting a tryout opportunity.

The 6-foot-1, 195-pounder was a third-down defensive back in 2021 for Alabama. He recorded 29 tackles, two tackles for loss, a sack, three pass breakups, and a quarterback hurry. Wright was a starting safety for the Crimson Tide in 2020, posting 60 tackles, three breakups, a quarterback hurry, and two interceptions. He returned a pick for a touchdown versus Texas A&M.

Wright was not a consistent starter for Alabama, but he learned a complex defense. He was one of six players that went undrafted in this year’s venue, but five of his former teammates signed undrafted free agent contracts.

Wright hopes to impress the Falcons and maybe make the team.