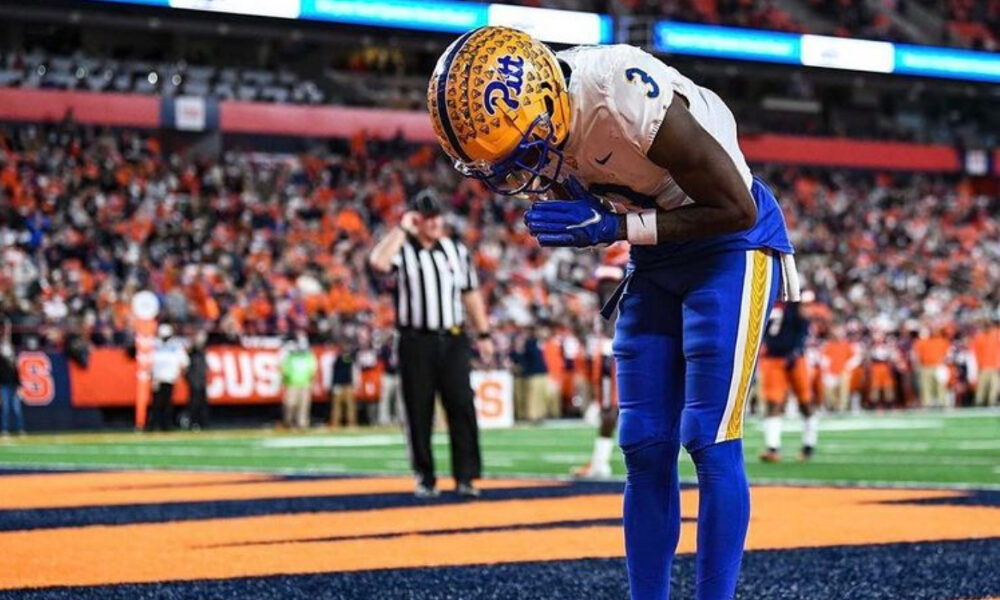 Alabama football has jumped into the sweepstakes for transfer receiver Jordan Addison.

The former Pittsburgh Panther is in the transfer portal and spent his first visit with Texas. Pete Thamel, a College Football Senior Writer for ESPN, is reporting that Addison is expected to visit the Crimson Tide. No time has been announced for the visit, but communication has been sound between Addison and Alabama. He recently worked out with Bryce Young in California.

Sources: Pitt transfer WR Jordan Addison’s next official visit is expected to be USC in the upcoming days. He’s already been to Texas and is still expected to check out Alabama.

RELATED: WATCH: Is this a ‘championship or bust’ season for Alabama football?

Addison finished sixth in the nation for receptions, four in receiving yards, and tied for first in touchdown catches (17). He guided the Panthers to an 11-win season, an ACC Championship, and a berth in the Chick-fil-A Peach Bowl. Addison collected eight 100-yard performances, including a 200-yard outing (202) against Virginia with four touchdowns. He recorded 2+ touchdown catches in four games last year. If he chooses Alabama as his transfer destination, the Crimson Tide will have an incredible receiver room.