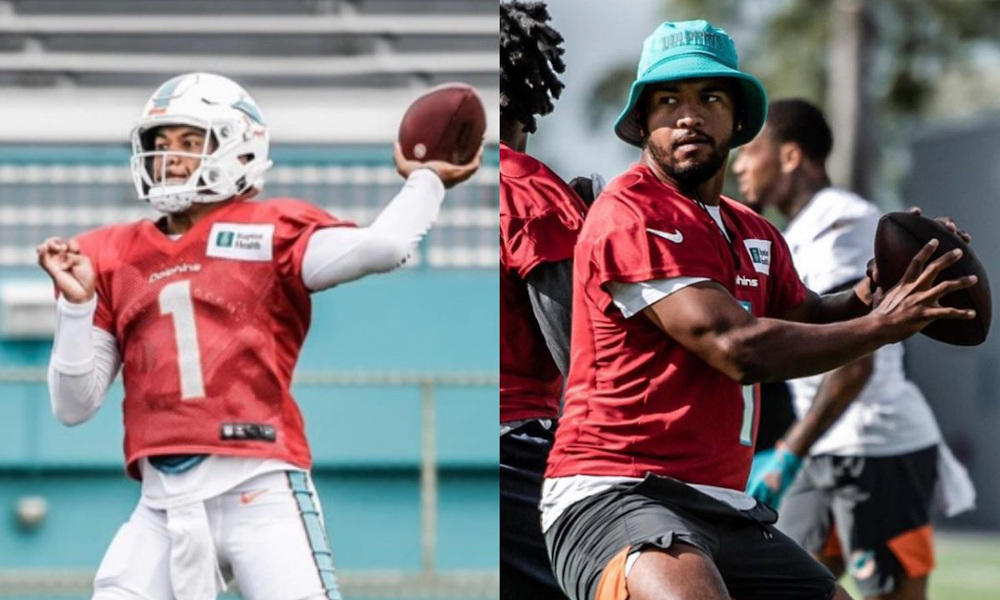 He has his critics, but Tua Tagovailoa has more supporters going into his third pro season.

Tyreek Hill, Dolphins wide receiver, has defended his quarterback’s arm talent on Twitter. Darrell Bevell, Miami’s passing game coordinator and quarterbacks coach, is very excited about working with Tagovailoa. He’s coached some of the best signal-callers in the National Football League, including Russell Wilson and Matthew Stafford. Bevell said ‘the sky’s the limit’ to what the Dolphins can do offensively with Tagovailoa. According to the Sun-Sentinel, Bevell is pleased with his quarterback’s progress.

“I’ve seen nothing but good things,” Bevell said Friday about Tagovailoa. “I am excited about what I saw. There is not a throw he can’t make.”

Hill fired back at Tagovailoa’s critics, who roasted him on Twitter for one underthrown pass, with a video of his quarterback dropping dimes to all receivers. Bevell says Tagovailoa has the accuracy and timing he looks for in a passer. He loves Tagovailoa’s preparation, leadership skills, and how well he works with his teammates.

“I love the person, I love his personality,” Bevell said of Tagovailoa. “I just really like him as a guy.”

The 2017 College Football Playoff National Champion did not appear to be comfortable under Flores. He’s become more of the Tagovailoa from Alabama under Mike McDaniel, and the Dolphins’ new coach has put several playmakers around him.

Bevell is ready to see what Tagovailoa can do, and the fans are too.