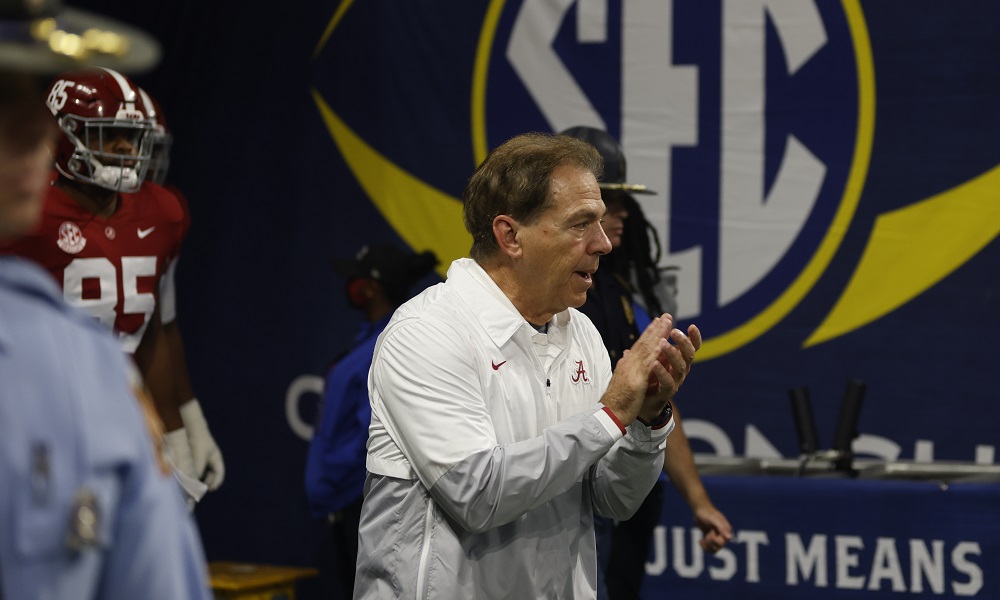 On Monday, it was announced that Alabama’s Sept. 10 matchup against Texas will be broadcast by Fox this fall. The kickoff time is still yet to be decided but the game.

Counting down the days until September 10 🐘🤘 pic.twitter.com/KiFhkWbdEN

The Crimson Tide will travel to Darrell K. Royal-Texas Memorial Stadium for the first time since 1992 as it will be the first meeting in a home-and-home series between the two powerhouse programs. The Longhorns will be traveling to Tuscaloosa during the 2023 season to conclude the series.

The matchup will be bringing back several familiar faces for Alabama fans as head coach Nick Saban will be going up against former offensive coordinator Steve Sarkisian who has also added several former Alabama players to his roster from the transfer portal. Those who have joined Sarkisian in Austin thus far are wide receiver Agiye Hall, tight end Jahleel Billingsley and running back Keilan Robinson.

Texas has an all-time record of 7-1-1 against Alabama with its lone loss coming during the 2009 BCS National Championship Game in 2009, played at the Rose Bowl.