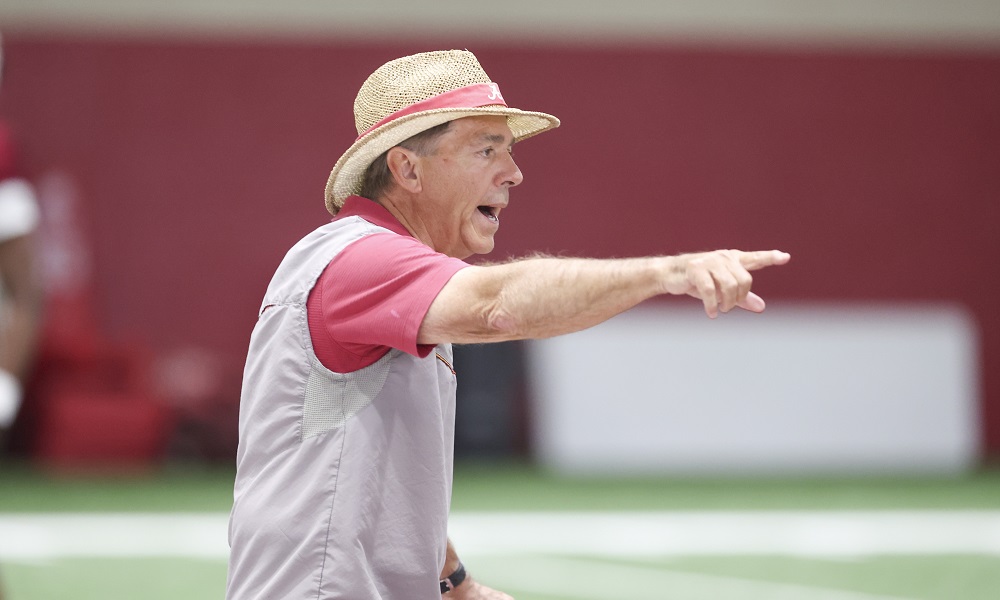 Travis Hunter was the most sought-after high school recruit in the 2022 cycle.

He dominated the competition at Collins Hill High School in Georgia, garnering the respect of being the No. 1 overall recruit (regardless of metrics) for the class. Hunter shocked the college football world when he chose to attend Jackson State University, an HBCU, over Florida State University. It was a huge win for Deion Sanders as a head coach, but things turned complicated on Wednesday with Nick Saban speaking at the 50-day countdown for the World Games in Birmingham, Ala. Saban made claims about Jackson State paying a player $1 million in NIL funds to attend the school. Sanders immediately called it a “lie” from Saban, and Hunter had a response for the seven-time national champion on Twitter.

I got A mil?😂But my mom still stay in a 3 bed room house with five kids 🤣

Sanders, who goes by “Coach Prime” on Twitter, had comments about Saban’s claim.

You best believe I will address that LIE Coach SABAN told tomorrow. I was & awakened by my son @ShedeurSanders that sent me the article stating that WE PAYED @TravisHunterJr a Million to play at @GoJSUTigersFB ! We as a PEOPLE don’t have to pay our PEOPLE to play with our PEOPLE.

The two seem to have patched things up. Saban and Sanders spoke on Thursday, and it may have cleared the air.

As for Hunter, he anticipates having a huge first season with Sanders and Jackson State.