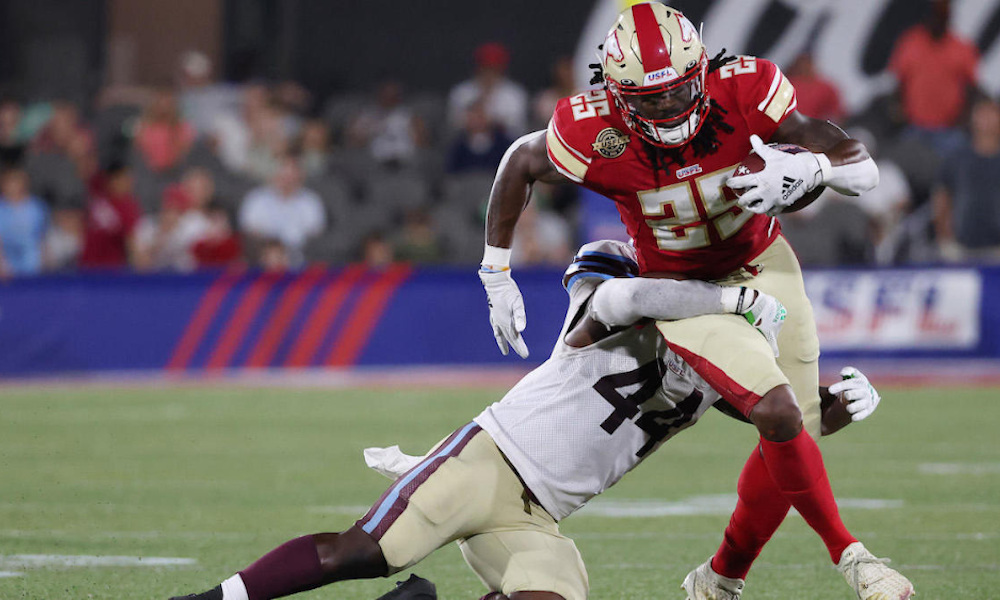 Bo Scarbrough is the biggest name on the Birmingham Stallions, and the United States Football League (USFL) saw him put on a show versus the Michigan Panthers at Protective Stadium in Birmingham.

Scarbrough, an Alabama football alum, won two College Football Playoff National Championships under Nick Saban in 2015 and 2017 in Tuscaloosa. As a former five-star, he earned a huge opportunity over the weekend for the Stallions and dominated.

Scarbrough continues the winning streak for Birmingham as the team is 6-0 and first in the South Division.

He powered through the Panthers for 105 yards rushing on 16 carries. Scarbrough brought the Stallions’ fan base to its feet in the fourth quarter with a 28-yard touchdown run. He leaped in the end zone, stretching the ball inside the pylon. Scarbrough averaged 6.6 yards per attempt, showing his contact balance, quickness, and strength. He also showed his hands in the passing game, catching two passes for 15 yards in a 33-17 victory for the Stallions. Scarbrough is excited about playing football again.

Get ready to see a whole lot more highlights like this from @starbo06 🤩⬇️ pic.twitter.com/zuOQFa7u44

Bo checking in after the DUB.

Birmingham has a strong tandem with him and CJ Marable.

After a strong week six matchup, Scarbrough and the Stallions will face the Pittsburgh Maulers next Sunday.