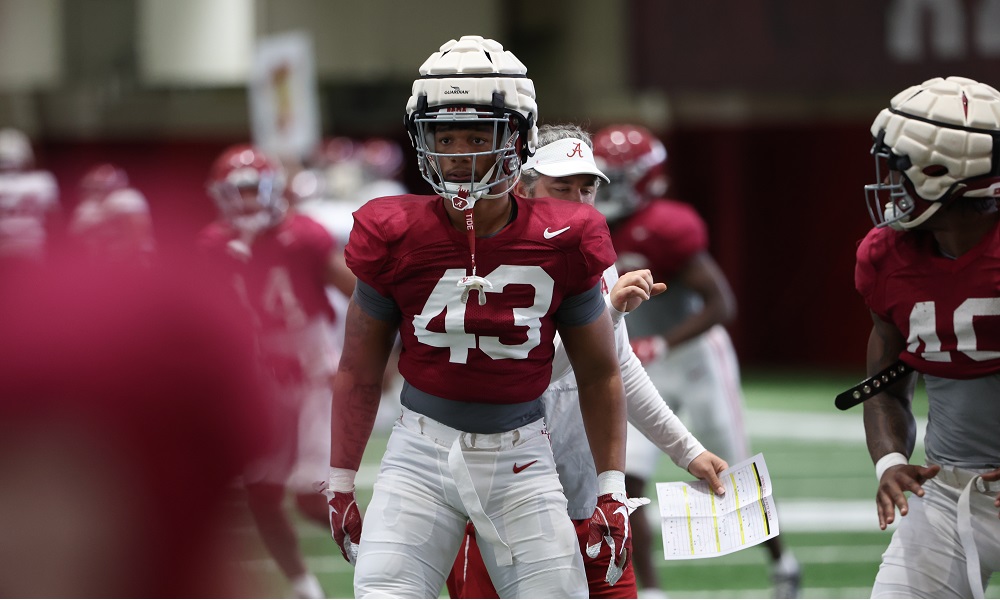 Nick Saban could have a defense that rivals the 2011 and 2016 groups this season at Alabama.

The Crimson Tide fell short to Georgia in the College Football Playoff National Championship Game, but several defensive players have been working all offseason to be ready for the fall. Players such as Malachi Moore, Kool-Aid McKinstry, Khyree Jackson, Brian Branch, Tim Kennan III, and Quandarrius Robinson have posted videos of themselves working out with private trainers.

A pair of freshmen linebackers are putting in work too.

Shawn Murphy and Jihaad Campbell, both five stars, enrolled in the spring to take part in practice. Murphy hails from Virginia while Campbell is from New Jersey. Murphy won the Dick Butkus Award, which goes to the nation’s top linebacker in high school, college, and professional football. He earned the honor for his performance as a senior in 2021 at Unity Reed High School.

Murphy collected 113 tackles, 20 tackles for loss, six sacks, and two interceptions. Campbell played at Timber Creek High School before transferring to IMG Academy in his senior season. He had 45 tackles and seven sacks in 2020 at Timber Creek.

Both players have posted photos to Twitter of them working hard before summer camp.

Murphy and Campbell look to create roles for themselves on this team. The two may start as impactful athletes on special teams, but both should earn defensive roles as they continue to grow. Alabama fans are excited to watch them have success.