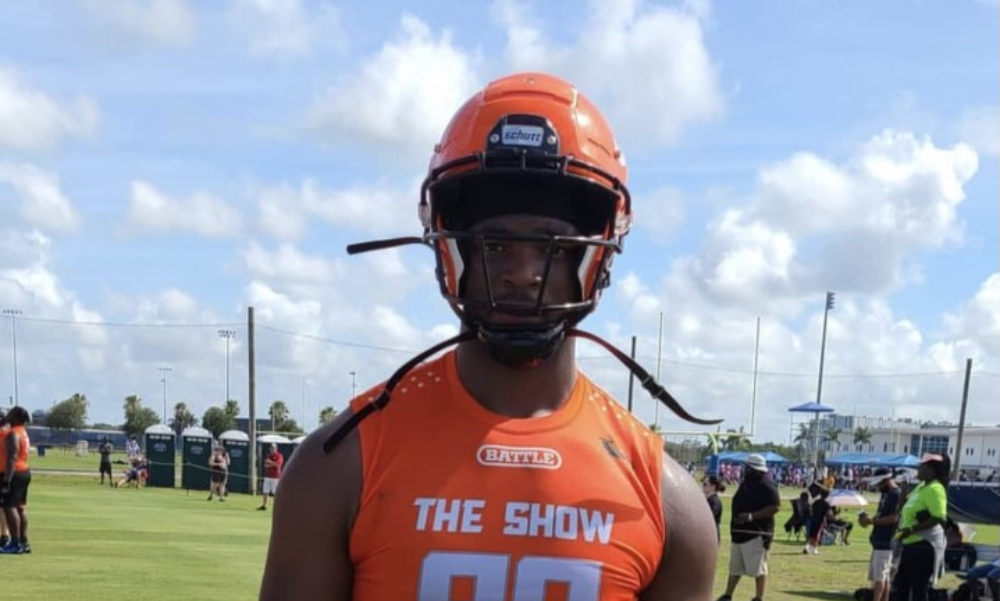 Samson Okunlola is the latest 2023 prospect to pick an offer from Nick Saban.

After a great talk with Nick Saban I am blessed to receive an offer from the University of Alabama pic.twitter.com/g2zmo18RhN

Okunlola is a product of Thayer Academy in Brockton, Massachusetts, and he is considered one of the top tackle prospects in the nation. He holds more than 45 D1 offers.

The Massachusetts product told Touchdown Alabama he was super excited when he found out he earned an offer from the Crimson Tide after talking to Saban.

“It was really great talking with him,” Okunlola said. “He was telling me what he likes about my game and who I am as a person. We talked about how Alabama prepares you for life after football. I feel he is a great coach. He produces really well. He helps his players out, and he really cares for them. You go there to win National Championships. They are known for winning.”

Okunlola’s relationship with the Alabama program is pretty new, but he is familiar with the Tide’s offensive line coach Eric Wolford. They met when Wolford was on Kentucky’s staff.

“I feel he is a good coach, and Nick Saban brought him there for a reason,” Okunlola said when asked about his thoughts on Wolford.

With a long list of offers in hand, Okunlola is unsure when he will visit Alabama, but he does want to get to Tuscaloosa in the future. His recruitment is pretty open, but he wants to start making cuts soon.

”I have a top ten in my head, but I am starting to narrow it down,” Okunlola said.

Saban told the 6-foot-5, 295-pounder he is a fan of his footwork, athleticism and the way he finishes. Thayer Academy used the new Alabama target on both sides of the ball during the 2021 football season.

Alabama does not have a commitment from a 2023 offensive lineman at the moment, but this could change in a few weeks if a couple of official visits go as planned next month.