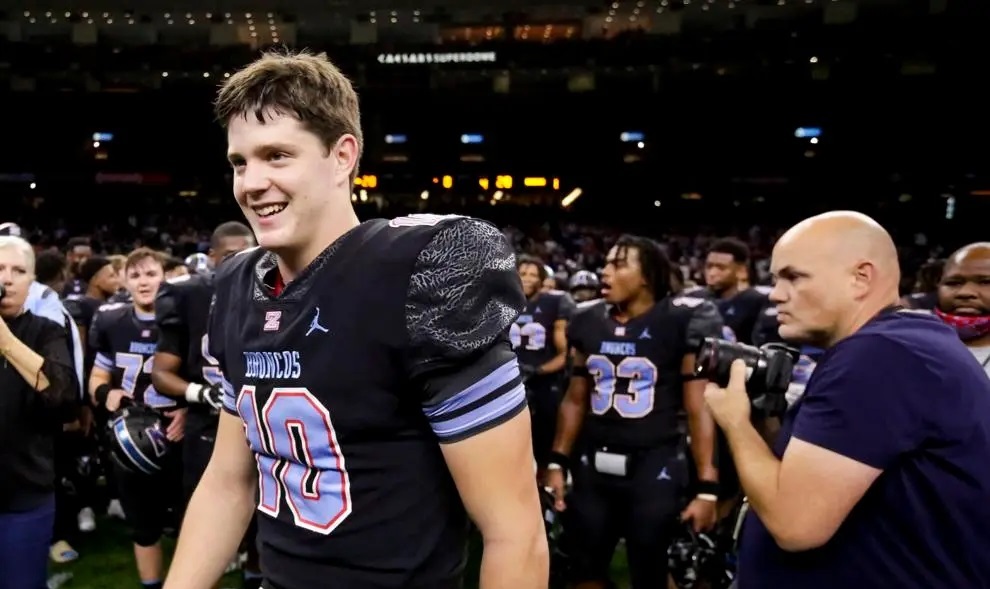 Holstein is a product of Zachary High School in Zachary, Louisiana. He is the fourth 2023 prospect to commit to the Crimson Tide, and he is the first offensive player to give Alabama a verbal pledge. The Louisiana product chose Alabama over LSU, Texas A&M and others.

The Aggies once held a verbal commitment from Holstein. He de-committed in March, and the Tide immediately became one of the favorites to land the four-star recruit.

The new Alabama commit stands at 6-foot-4 and weighs 210 pounds, according to Zachary’s 2021 football roster. He threw for 3,264 yards and 29 touchdowns as a junior.