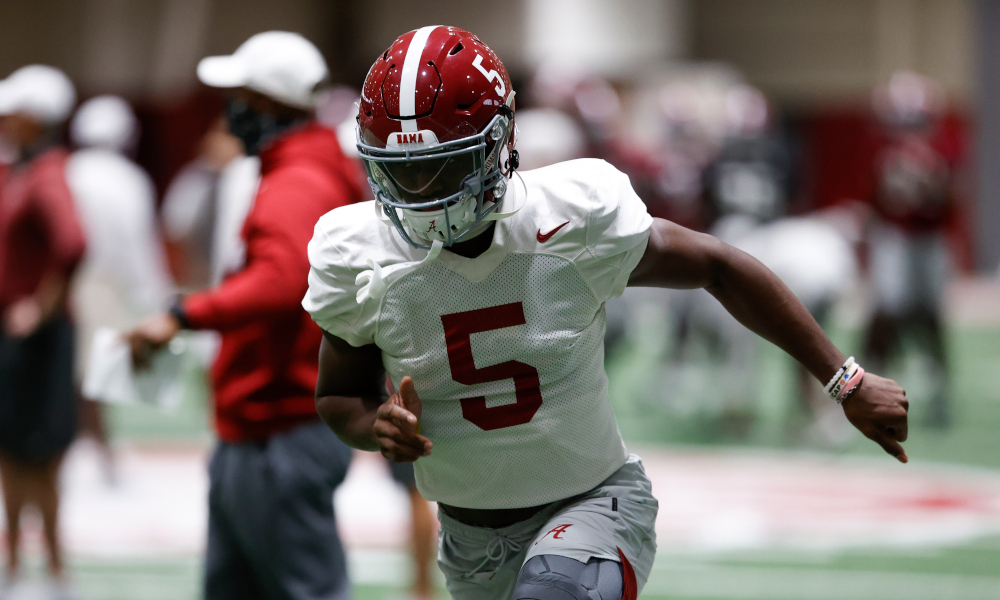 An interesting development has happened between the University of Kentucky and former Alabama receiver Javon Baker.

Baker, a native Georgian, entered the NCAA transfer portal on Jan. 14. He came to the Crimson Tide as a four-star in the 2020 signing class from McEachern High School. Baker caught two passes for 15 yards as a freshman. He totaled seven receptions for 101 yards and a touchdown in 2021. The 6-foot-2, 206-pounder has a College Football Playoff National Championship ring and two Southeastern Conference title rings, but Baker wanted more playing time. He thought Kentucky would be the program for him so he committed to the Wildcats out of the portal. Since then, it appears Baker and the Wildcats are not on the same page.

According to a report from KSR, Baker will not be on the field for Kentucky in the fall.

Baker took to Instagram to express his feelings as he found out the Wildcats de-committed from him. He posted this caption to social media, “I wanted to play for Kentucky. Bigger and better plans the most high got me.”

Hopefully, he finds himself in a place where he can have success.