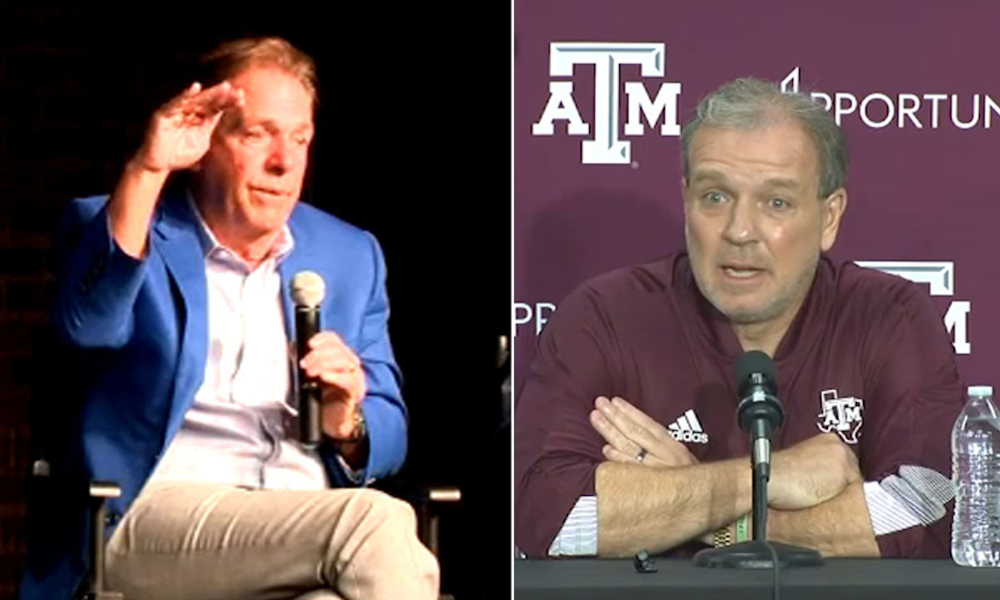 National media and personalities in the Southeastern Conference are excited for this week.

The SEC head coaches are in Destin (Florida) for meetings and six coaches are in attendance today. Coaches will meet with the media between 9:30 a.m. CT and noon, and Alabama head coach Nick Saban is scheduled to speak at 11:00 a.m.

Since making his comments about Texas A&M’s recruiting class and NIL, people have been waiting for Saban and Jimbo Fisher to address the issue more. Both were in a public spat, which went viral on social media. Fisher had a few words for his former boss, saying Saban is a “narcissist” and calling his comments about Texas A&M buying every player in its 2022 class “despicable.”

Saban has tried to make private apologies to Fisher, but the Aggies head coach insists on not answering. According to Joey Blackwell of BamaCentral (Sports Illustrated), Fisher will not be making comments today. Eli Drinkwitz of Missouri was the first to speak, and he weighed in on the situation between the two national championship coaches. Drinkwitz told reporters, “We are all competitive.”

“When tensions are high and uncertainty is high, people’s emotions are strong and I think that’s what happened. We’re all competitive.”

He added that it probably shouldn’t have been done publicly

“When tensions are high and uncertainty is high, people’s emotions are strong and I think that’s what happened,” Drinkwitz said on the Saban-Fisher situation per a tweet from Trey Wallace of Outkick.

Drinkwitz added that it probably should not have been done publicly.

We will see what Coach Saban has to say soon.