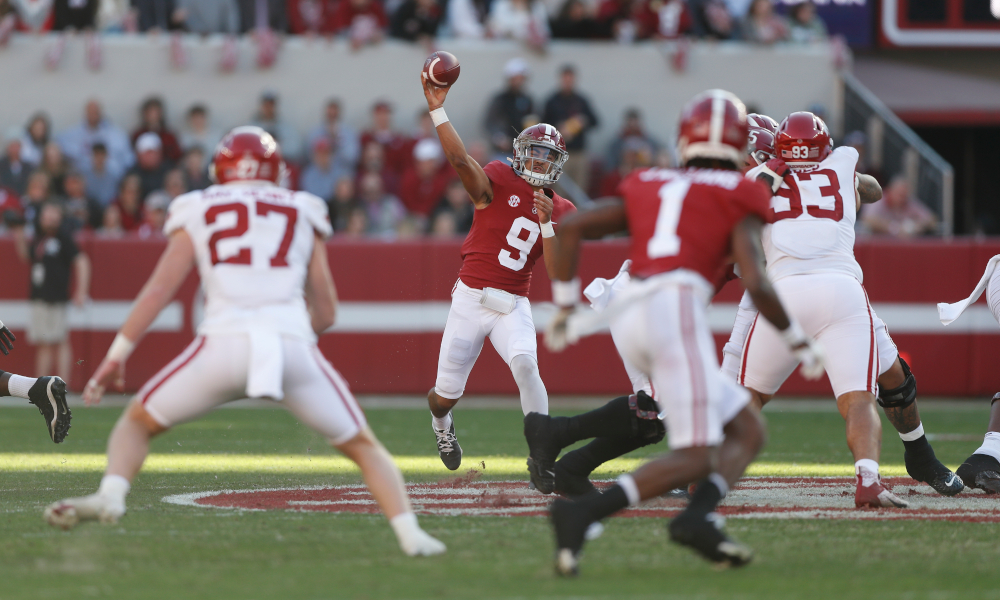 Alabama quarterback Bryce Young grabs another NIL deal, and this one is unique.

He joins an esteemed art designer Daniel A. Moore and New Life Art to sign a limited number of Moore’s 2021 Heisman commemoration, “Crimson Connection”! The photo comes from Young’s touchdown pass to wide receiver John Metchie in Alabama’s 41-24 victory over Georgia in the Southeastern Conference Championship Game. Moore announced the news of Young teaming up with him on Wednesday, May 25, via Twitter. Young is the fourth Heisman Trophy winner in the history of the Crimson Tide’s program. He is the first quarterback in school history and followed DeVonta Smith for a back-to-back oil painting from Moore to commemorate the Heisman. Alabama fans who want to buy a print can do it by going to danielmooreart.com.

We are pleased to announce that we have just secured an NIL agreement with @_bryce_young to sign a limited number of Moore’s 2021 Heisman commemoration, “Crimson Connection”! Order your limited edition print or canvas now! https://t.co/avYrqziuSB #RollTide pic.twitter.com/r2FcGheTdU

Young looks to repeat as the Heisman winner and deliver the Tide to a national championship.