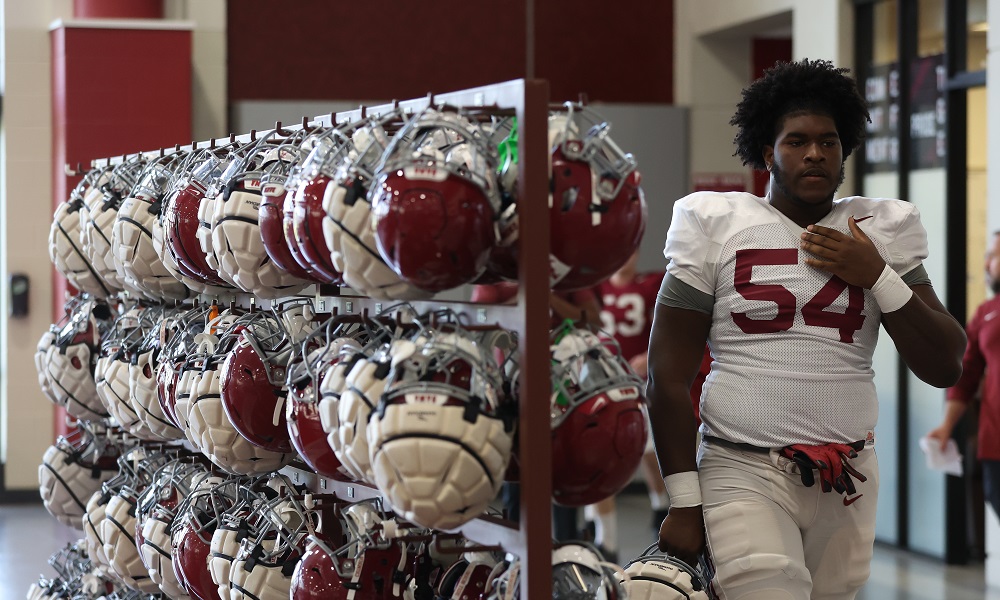 IMG Academy is prepared to see another one of its alums transition to college football.

Tyler Booker, a native of New Haven, Conn., has recently graduated from the program.

He posted a photo on Twitter of him wearing his cap, grown, and school ring. Booker arrived in this recruiting cycle for the Crimson Tide as a five-star offensive lineman. He participated in spring practice and is searching for playing time in the fall.

The 6-foot-5, 322-pounder can play guard or tackle. Booker joins Evan Neal and JC Latham as Alabama’s third lineman signed from IMG Academy. Neal became a star and captain in three years, and he got taken in the first round of the NFL Draft.

Latham eyes an opportunity to start as a tackle, so Booker is in good company. He brings power, footwork, quick hands, and can establish and re-establish an anchor position against pass rushers. We will see how Booker continues to progress through summer workouts and fall camp.