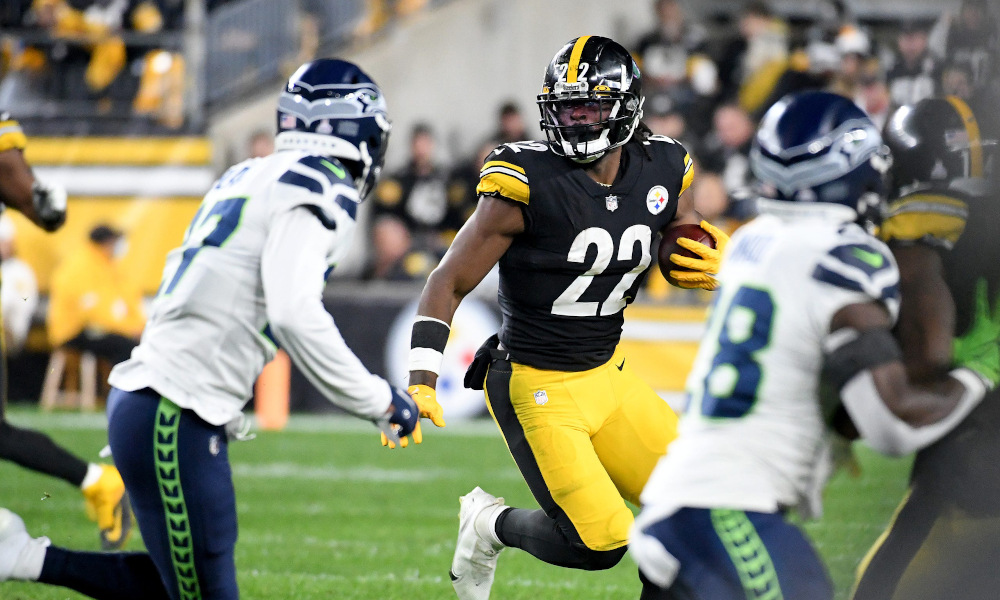 Najee Harris will inject humor into a conversation, even when he’s serious.

Social media went crazy when a report about Harris weighing 244 pounds hit the internet. Harris, who was taken at No. 24 overall by the Pittsburgh Steelers in the 2021 NFL Draft, clapped back at the media for the report. He was listed at 232 pounds via ESPN, but Harris has not been at that weight since the 2020 CFP Semifinal matchup (Rose Bowl) against Notre Dame for the University of Alabama. Harris broke it down more to reporters on Tuesday that he was 242 pounds in 2021 and 244 now.

“Ya’ll making it seem like I’m fat as hell.”

“Y’all making it seem like I’m fat as hell,” Najee said jokingly to the Steelers media. “It’s whatever, though. Y’all get under my skin, I ain’t gonna lie. And that’s why I like y’all. Not too many people can get under my skin, but y’all tend to do that.”

He poked fun at the media after a rookie year where he had 1,200 yards rushing, 467 yards receiving, and 10 touchdowns.

Harris is prepared to pound defensive players and maintain elusive moves in his second pro season.