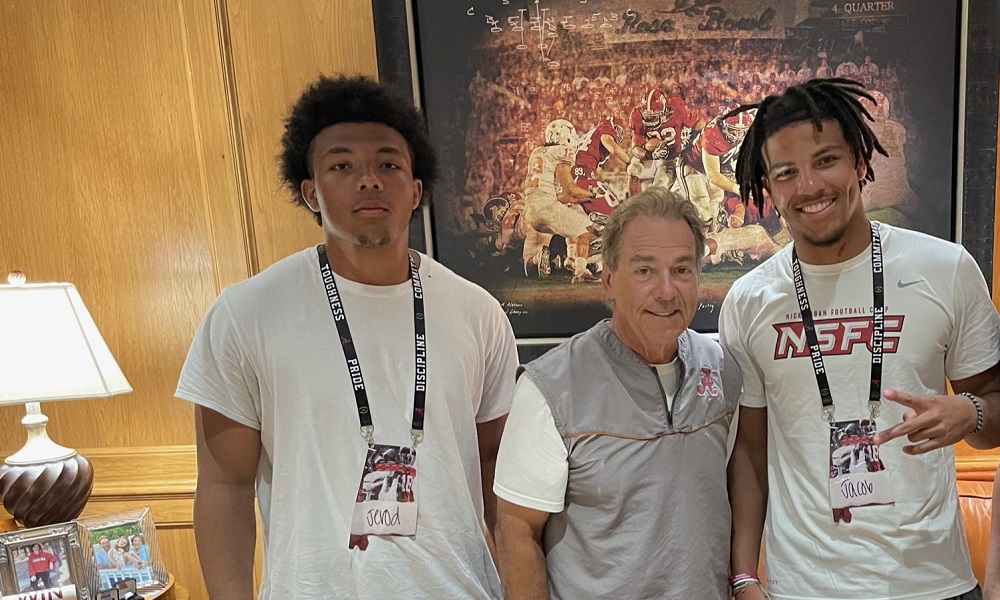 Jerod Smith earned an offer from Alabama football after returning to Tuscaloosa to camp Wednesday.

Smith attends Loomis Chaffee High School in Connecticut, and he garners a four-star rating from multiple recruiting outlets. The Crimson Tide are the 18th D1 program to offer the rising junior. Alabama also offered Smith’s brother, Jacob, who is a four-star 2024 prospect as well. Nick Saban informed both of them they earned an offer after camp.

“I felt blessed and honored to receive it,” Jerod told Touchdown Alabama. “I felt relieved that my hard work paid off, but the job is not over yet. Alabama is the best program in college football right now. There is nothing to complain about. They have really good coaches as well.”

Smith visited Alabama in the spring, and Saban told him he loved his film, but he wanted to see him in action in person. The 2024 prospect feels he ‘balled out’ at camp and his performance led the seven-time National Championship winning -coach to offer him.

“The camp was amazing,” Jerod said. “There was good coaching, great drills and the camp had a really fast-paced. We got about two hard hours of work in.”

The new Alabama target said he believes Saban is an honest coach after talking with him.

“Nick Saban is a straight-up guy,” said Smith. “He tells you what needs to be said. He is a great coach. It was nice talking to him.”

Smith made his presence felt with 12 sacks and 29 tackles for loss during the 2021 football season. He currently stands at 6-foot-4, and he weighs 260 pounds. With an explosive jump off the line of scrimmage, Smith was able to impact the game while rushing from different positions across the defensive front.