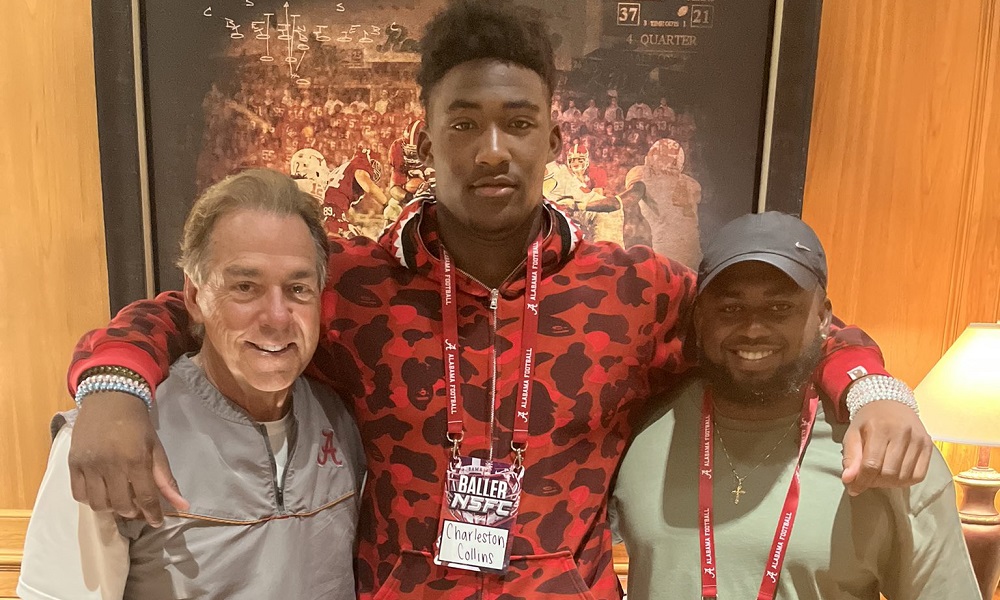 Here is a quick look at the Crimson Tide’s new targets.

Matthews is the only 2023 prospect who picked up an offer from Alabama Wednesday. He currently attends Woodlawn High School in Baton Rouge, Louisiana, and he holds more than 25 D1 offers. The Louisiana product stands at 6-foot-2, and he weighs 175 pounds. He primarily lined up at cornerback during the 202 football season, and he excelled in man coverage. Matthews also has proven speed as he holds a PR OF 10.66 in the 100-meter dash.

Smith returned to Tuscaloosa to camp Wednesday after unofficially visiting the Crimson Tide during the spring. The 2024 prospect attends Loomis Chaffee High School in Connecticut. Smith made his presence felt with 12 sacks and 29 tackles for loss during the 2021 football season.

Lockhart attends St. John Bosco High School in California, and he is verbally committed to Ole Miss. His recruitment is still in its early stages despite his commitment to the Rebels. He holds a little over 10 offers, and his recruitment could see a surge this month as he continues to showcase his abilities at camps. At 6-foot-3 and 225 pounds, The California product was productive as an edge rusher during the 2021 football season.

Collins’ recruitment kicked off in January when Arkansas State became the first program to offer him. He now holds 13 offers after picking up an offer from the Tide Wednesday. The Arkansas product stands at 6-foot-6, and he weighs 260 pounds. He is projected to be an interior defensive lineman at the next level

French is one of the few 2025 prospects who have received an offer from Alabama. He attends Mandarin High School in Jacksonville, Florida. He was a playmaker with the football in his hands during the 2021 football season.

Fegans is the only in-state recruit to earn an offer from Alabama Wednesday. Fegans is the younger brother of Alabama freshman, Tre’Quon Fegans, and the 2025 prospect currently attends Thompson High School in Alabaster. He finished the 2021 football season with 50 tackles and two interceptions.