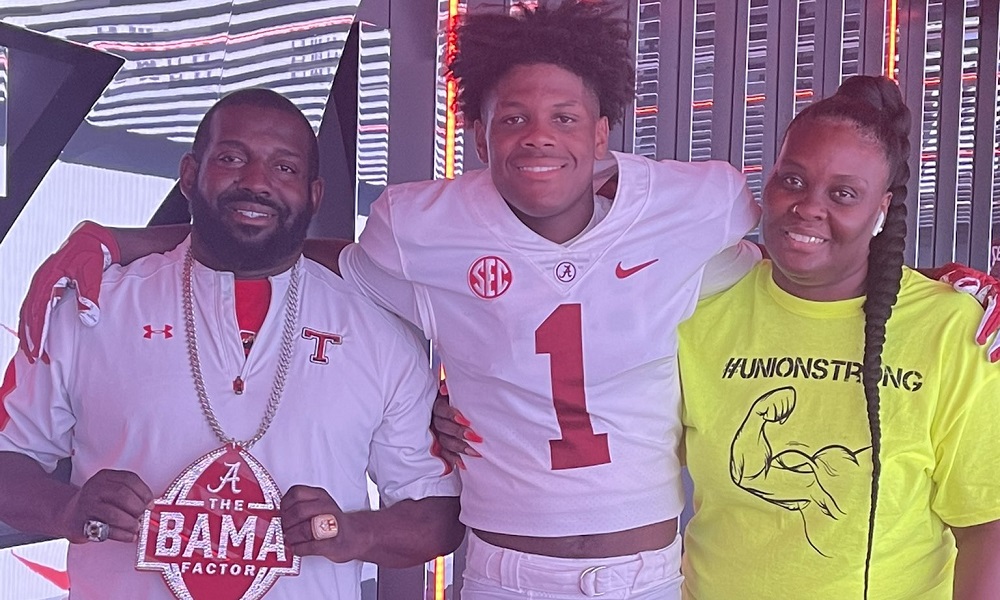 Fegans is the younger brother of Alabama’s freshman defensive back, Tre’Quon Fegans. He currently holds 16 D1 offers, including offers from Georgia, Texas A&M and others. He is also committed to play in the 2025 Under Armour All-America Game.

Nick Saban informed Fegans he picked up an offer from Alabama after camp while in his office.

“It was a great feeling to have one of the top programs in the country offer me,” Fegans said. “They have a great program. They are going to be an outstanding program for a long time. That is not going to stop. The standard there is high.”

Fegans had a front-row view to his brother’s recruitment during last year’s recruiting cycle. This allowed him to get to know Saban and other members of Alabama’s coaching staff. He told Touchdown Alabama he feels the Alabama head coach will undoubtedly go down as the best to ever coach college football.

“I think he is going to go down as the greatest coach ever,” Fegans said. “He is a great coach. He has been around the game for a long time, so he knows everyone’s position and how they need to do it.”

Now that Fegans has received an offer from Alabama, the door is open for him and Tre’Quon to play together once again, which is something that would mean a lot to the Thompson defensive back.

“It would mean a lot because growing up, we played together for a year or two,” said Fegans. “I also played with him for two years in high school. Going to college together would be a great feeling.”

Fegans was listed at 6-foot-2 and 183 pounds on Thompson’s football roster. He helped the Warriors have a dominant defense during the 2021 football season by coming down with two interceptions and making 50 tackles as a freshman.

Three full seasons of high school football are ahead of Anquon. A lot more offers look to be on the horizon for this budding star.