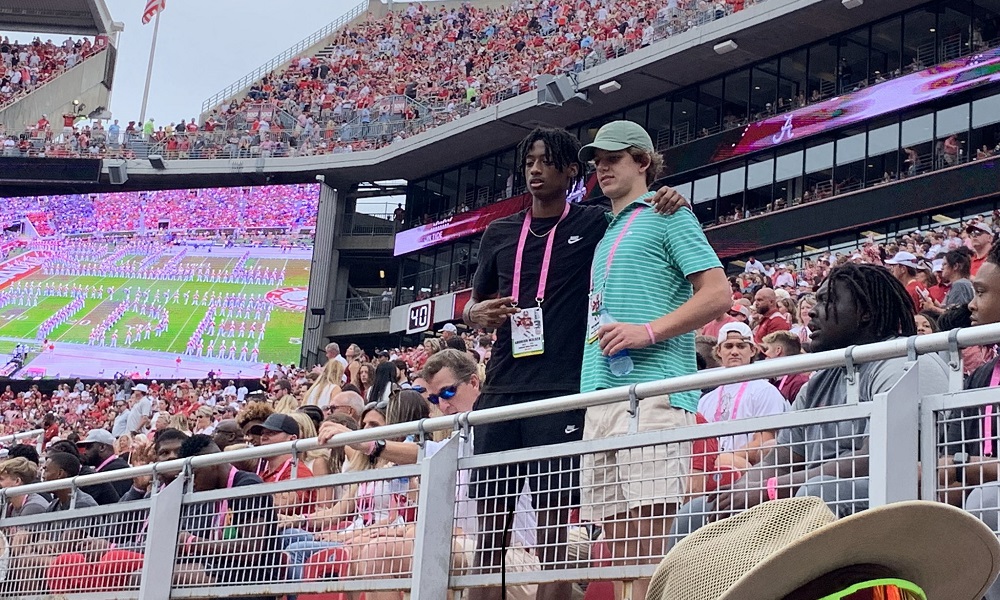 One of the top quarterback prospects in the 2023 recruiting cycle has Alabama fans split in half.

The future of the Crimson Tide at quarterback is bright with Jalen Milroe and Ty Simpson, but Arch Manning brings much potential as a recruit. He is the grandson of Archie Manning and nephew of college football and NFL legends, Peyton Manning and Eli Manning. Arch took a recruiting visit this weekend to Tuscaloosa and many Tide fans were excited to see him on campus.

Do Alabama fans want Arch Manning? This is the question. Touchdown Alabama Magazine did a poll on Twitter to gauge the pulse of Tide fans about the five-star. The poll has 673 votes, and 60.6 percent of fans say “Yes” to Manning committing to Alabama. Despite those wanting Manning, some fans feel that Alabama does not need him. They believe the Tide is dynamic enough with Milroe and Simpson. Some fans think Manning does not fit the culture of what Alabama is now at quarterback.

Tide fans, do you want Arch Manning to commit to Alabama?

Responses from Alabama fans on Manning

Not gonna lie, would like to see it happen but really don’t think Bama needs him. The QB depth is looking pretty 🔥 rn.

We do not need him. Period.

I mean sure but don’t leave when shit it tough

Milroe and Simpson are dual-threat players, and Manning is more pro-style. His skill set fits the style of Greg McElroy, AJ McCarron, Jacob Coker, and Mac Jones, but the Tide have a spread/RPO offense now.

It will be interesting to see what happens, but there is a split decision among fans about Manning.