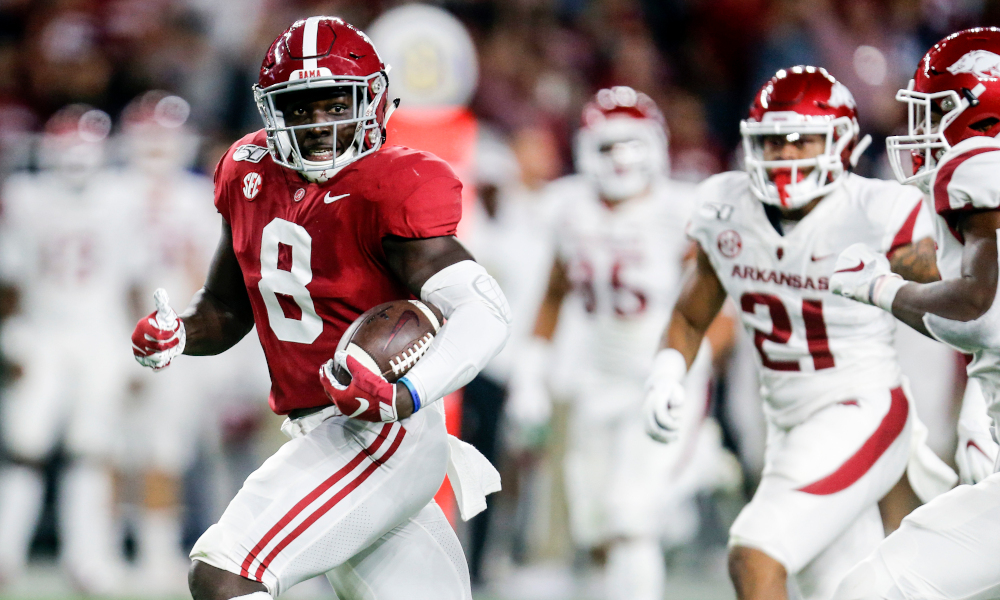 Christian Harris has his rookie contract and is earning praise from his new team.

As an alum of Alabama football, Harris got selected in the third round (No. 75 overall) of the NFL Draft by the Houston Texans.

He impressed the Texans at the NFL Scouting Combine by posting a 4.44 time in the 40-yard dash. Harris would also record 79 tackles, 12.5 tackles for loss, 5.5 sacks, four quarterback hurries, three pass breakups, and two forced fumbles for the Crimson Tide during his junior season. He assisted Alabama to a Southeastern Conference Championship and a Cotton Bowl victory.

Miles Smith, Texans’ linebackers coach, likes what he has in Harris in offseason training.

“I would say, first and foremost, he is an elite athlete,” Smith said about Harris. “We saw that at the combine. We saw what he’s able to do. I am the most impressed with his ability to grasp the defense and the mental aspects of the game. He’s attacked it every day. He has a good work ethic, and I could not be more impressed.”

Smith said if Harris can bring the 4.4 speed every down, it is going to pay off dividends.

“He can make some plays that others aren’t because of his raw athletic abilities,” Smith said. “It is our job to teach him the defense and let him play faster.

Harris was a defensive back in his high school career at University Lab School in Baton Rouge, La. He had to learn a new position, but he picked things up quickly. Alabama’s last five games of 2021 showed Harris at his best. Some had him pegged as a second or maybe a late first-rounder, but his name got called in the third round. Harris anticipates making some noise in his rookie year.