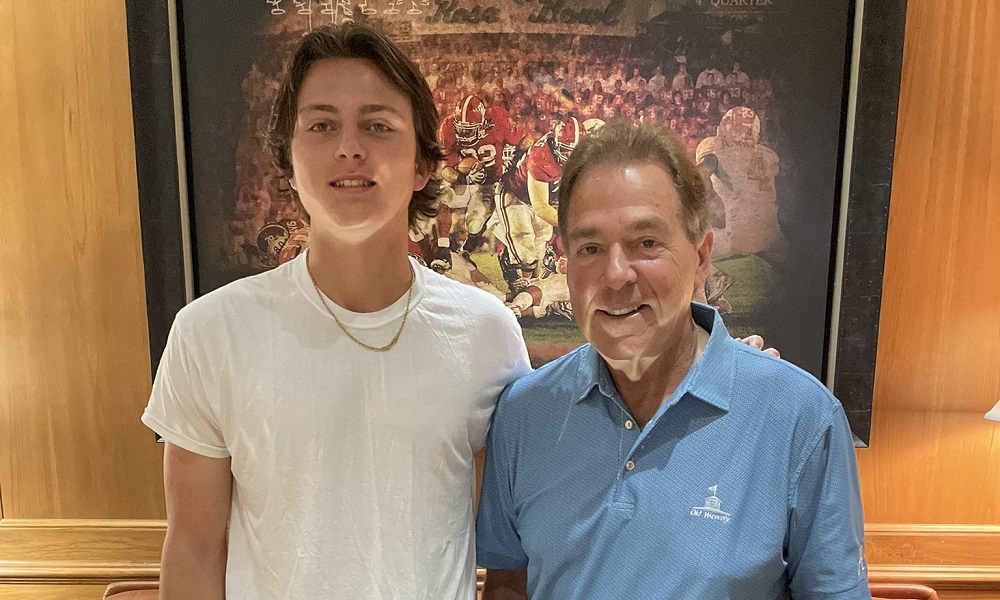 Alabama football hosted one of the top quarterbacks in the 2024 recruiting class and California product, Julian Sayin, Monday.

Sayin is a product of Carlsbad High School in California. The 2024 recruit currently holds more than 25 D1 offers, and he is rated as a five-star recruit by multiple recruiting outlets. Monday’s trip to Tuscaloosa allowed him to meet prominent members of Alabama’s coaching staff.

“I had a great visit, and I loved meeting with Coach O’Brien and Coach Saban,” Sayin told Touchdown Alabama.

The Crimson Tide offered Sayin in May. The five-star recruit said he feels Alabama’s on-field production and quarterback development are special.

“Their production speaks for itself with the six National Championships in 12 years. Their recent history with quarterbacks is also something I see with the success they have had at developing the position. Their offense is extremely explosive, and it is great for a quarterback. They put some serious weapons around the quarterback, and I like to see that. I also like how they put a lot on the quarterback’s plate from a mental standpoint.”

Sayin went on to say Alabama was one of his top schools.

“They definitely stand high with me because of their consistency as well as their ability to develop and produce NFL talent.” said Sayin.

At 6-foot-1 and 185 pounds, Sayin threw for 2,750 yards and 34 touchdowns during the 2021 football season. Alabama football’s staff told Sayin they liked his accuracy, his ability to extend plays, and his high football IQ during his visit.

Alabama football has offered several 2024 quarterbacks. Sayin is projected to be one of their top targets in the 2024 recruiting class.